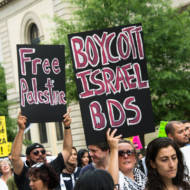 VIDEO: Why is the Media Obsessed With BDS? 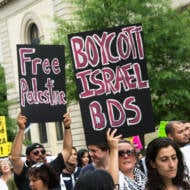 The Boycott, Divestment, and Sanctions (BDS) movement gets far more media attention than it deserves.

According to a Pew Research Center poll conducted in May, only five percent of US citizens support Boycott, Divestment, and Sanctions (BDS) campaign against Israel, with only 2% indicating they strongly support it.

Nonetheless, coverage of the BDS movement’s efforts to isolate Israel in major US outlets surged by 45 percent in the last year compared to the previous year. At the same time the media has barely reported on Israel’s fast-expanding international profile.

Why is the media so obsessed with BDS?