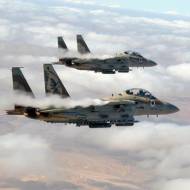 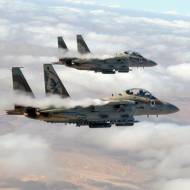 The Israeli aircraft appeared on the same day the IDF downed a drone belonging to the Lebanese terror group Hezbollah.

Later that same day, the IDF reported it downed a drone belonging to the Lebanese terror group Hezbollah.

Israel has had several flare-ups with the Iran-backed proxy during the past year, but tensions have simmered before open war broke out.