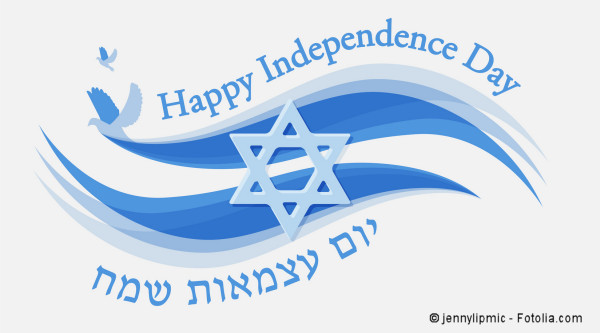 I will not utterly destroy the house of Jacob (Amos 9:8)

A significant feature of the Hebrew prophets is doom and gloom. After all, these spokespeople of God emerged as the nation of Israel fell into deeper and deeper decline. God had warned the nation from its beginnings that rebellion against him would result in judgment, culminating in foreign oppression and exile.

Israel is not the only target of biblical prophetic warnings. Israel’s enemies also faced the prospect of dire consequences due to their evil ways. While the threat of harsh judgment hung over the heads of both Israel and these other nations, there was one huge difference between them. Israel could be confident that judgment was never God’s final word to them. Interwoven within so much doom and gloom are the unbreakable threads of restoration.

I write this in between two key markers in the Jewish calendar. Thursday, May 5, this year, is Yom HaShoah, Holocaust Remembrance Day, when we remember the 6 million Jews who died as a result of Hitler’s anti-Jewish policies during World War II. Exactly one week later, Thursday, May 12, is Yom Ha’atzmaut, Israel Independence Day, celebrating the re-emergence of the Jewish national home in 1948 after almost two thousand years of exile.

Whatever one thinks about the causes of the Holocaust or the political underpinning of the modern state of Israel, it is difficult not to be amazed at how a nation, dispersed and stateless for so long under great duress, could rise from the ashes of attempted genocide to become one of the greatest countries of the world. Sadly, many who only hear negative stories about Israel fed to us by the media are clued out as to the beauty and achievements of this most remarkable young ancient country.

Students of history should be confounded by this. No nation has ever withstood such hardship for so long only to be restored to its land, rediscover its language, regather and integrate literally millions of its people from the four corners of the earth.

The only reasonable explanation for the restoration of the Jewish people to the land of Israel is God’s commitment to them as a people rooted in his covenantal promises to Abraham, Isaac, and Jacob. This is the basis of the hope offered by the prophets of old. The Bible is clear that human rebellion against God leads to destruction. Anyone’s hope is only and always found in God’s intervention. And time after time throughout the Bible that’s what we see as God comes through for Israel.

It’s interesting how some people accept God’s faithfulness to Israel in the Bible while having a hard time extending that same faithfulness into modern times. For some this is due to a misunderstanding as to the relationship of God’s unconditional covenantal promises to the nation through Abraham, Isaac, and Jacob and the conditional nature of the later covenant given at Mt. Sinai to Moses. While Sinai delineated harsh consequences for disobedience, God’s unconditional obligations to the people based on his promises to the patriarchs put himself in a situation where he could not leave Israel in an everlasting state of judgment.

Confusion over these matters is compounded by the New Covenant’s emphasis on the individual’s relationship with God and how personal salvation through the Messiah is for people of all nations, not Israel alone. Many fail to distinguish the national vs. personal aspects of God’s workings with humankind. God’s faithfulness to the nation of Israel as established through the Abrahamic covenant doesn’t automatically set individual Jewish people in right relationship with God. Salvation is always by faith. At the same time, the importance of personal faith doesn’t undermine God’s ongoing covenant faithfulness to Israel as demonstrated in its survival and national restoration. In fact, the God of Israel can only be fully known for who he is when we recognize his eternal faithfulness to Israel.