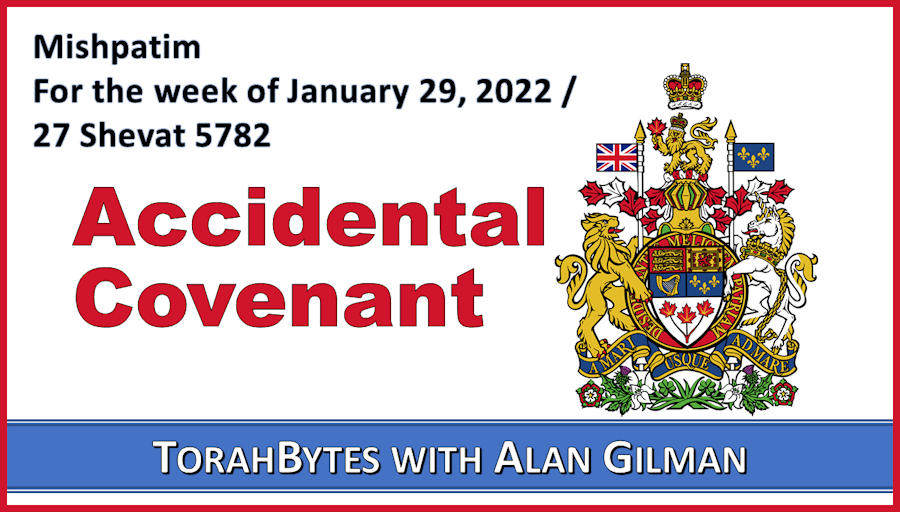 The word that came to Jeremiah from the LORD, after King Zedekiah had made a covenant with all the people in Jerusalem to make a proclamation of liberty to them (Jeremiah 34:8)

This week, I would like to address “my home and native land,” to borrow a line from the Canadian national anthem. But first, let me set up the biblical background to the serious situation we find ourselves in today. The Haftarah reading from the prophet Jeremiah has to do with his confronting of King Zedekiah. These readings from the Hebrew prophets are generally chosen based on some connection to the weekly Torah portion. The current portion includes specific instructions about the limited terms of service for Hebrew slaves. They were to only serve six years and be released in the seventh. In Jeremiah’s day, the king made a decree in keeping with these Torah directives only to rescind them soon afterward. This resulted in God’s giving Jeremiah a harsh message of judgement to deliver to the king.

It’s with a sense of caution that I now seek to connect this story to contemporary Canada. Covenant with God is nothing to take lightly. But what does that have to do with Canada? Emblazoned on our coat of arms are the Latin words, “a mari usque ad mare” (“from sea to sea’) taken from Psalm 72:8 (“May he have dominion from sea to sea, and from the River to the ends of the earth”). Applying this verse to the fledgling nation was suggested by Sir Samuel Leonard Tilley of New Brunswick. The Psalm originally refers to King Solomon and is his prayer for the establishment of his rule according to borders delineated by God. Tilly was most likely thinking of the eventual expansion of Canada from the Atlantic to the Pacific. Be that as it may, the adopting of “a mari usque ad mare” as the official Canadian motto establishes a connection of our country to the Bible.

These same words, but more fully and in English, “He shall have dominion also from sea to sea” (KJV), are also etched into the front of the large clock tower in the center-front of our houses of parliament. On the other two sides of the same tower are the verses: “Give the king your justice, O God, and your righteousness to the royal son!” (Psalm 72:1; KJV) and “Where there is no vision, the people perish: but he that keepeth the law, happy is he” (Proverbs 29:18, KJV). From what I understand, these Scriptures were not officially mandated by the government of the day but were inscribed by the builders anyway. When they were  unveiled, they weren’t removed. Despite contrary sentiments, our parliamentary houses have declared these truths since 1927 when the tower was inaugurated.

This connection to God’s written word eventually found itself woven into the foundation of our legal system in 1982, when our current constitution became law. The introductory sentence of the Canadian constitution reads, “Whereas Canada is founded upon principles that recognize the supremacy of God and the rule of law”.

I am aware that this reference to God is generic, but from this country’s earliest days, there was no question that “God” was the God of the Bible. And since this God is the only God anyway, it is he who is referenced no matter how anyone may try to interpret it.

As for the “rule of law,” whether or not people are aware of it, it is a principle of governance deeply rooted in the Bible.

Samuel Tilley may have been dreaming about a railway system that would one day be the backbone of an ongoing British presence from sea to sea despite American aspirations, yet he drew Canada into an accidental covenant with the God of Israel.

To deny, ignore, or reinterpret, these biblical connections is to undermine the foundations of our country. Even without these accidents of history, God through the Messiah is the true sovereign over all nations. But when a country acknowledges these truths only to later neglect them creates a most precarious situation. It is one thing to dwell in the darkness, it is another to have embraced the light only to close one’s eyes to it.

The very fabric of this great nation is at risk of completely unravelling unless there is a turning back to the biblical truths upon which it once stood. That begins with each and every Canadian upon whose hearts God’s Word is engraved.