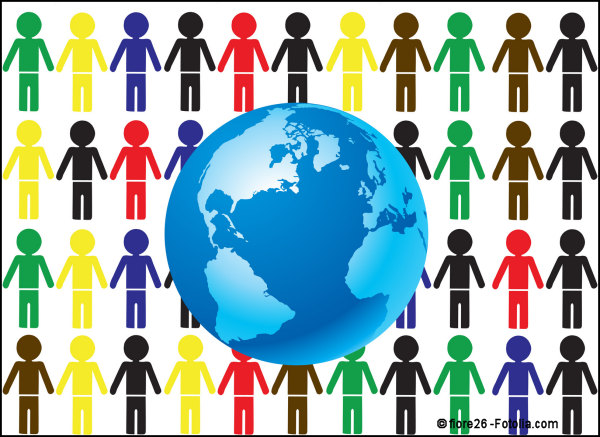 Take a census of all the congregation of the people of Israel, by clans, by fathers’ houses, according to the number of names, every male, head by head. (Bemidbar/Numbers 1:2)

The fourth book of Moses starts with a lot of counting. The English title, Numbers, reflects this, while the Hebrew title, “Bemidbar” (In the Wilderness), emphasizes Israel’s experiences from the time they left Mount Sinai through just before their entry into the Promised Land.

Sections of the Bible such as the early part of Bemidbar tend to bog readers down with what appears to be endless lists of names. But perhaps you feel like one of those names. As one of the seven billion people on the planet, do you ever wonder if you really count? There might be something here in our Torah reading that says you do.

God told Moses to take a census (or more literally a head count) of all the males twenty years and over of all the tribes of Israel except for the tribe of Levi. They are counted later on. But Moses was not to do this job alone. God appointed several men by name from each tribe to assist him. Get that? God appointed these men by name. God communicated the exact identity of each assistant to Moses. There is nothing in the text to signify that this is a metaphor. It was not as if each tribe voted on their census leaders and then submitted the list to Moses who validated them by using highfalutin spiritual language. It was not as if God called them out by name. He really did. Could you imagine being called out like that? By name?

It gets more interesting. Once the census team was appointed, they set out counting heads. But that’s not as straightforward as it first might seem. “One, two,… How old are you? You don’t look twenty years old. Really, you are? OK…three, four” and so on. It might have even been more complicated than that, since in addition to the age qualification they had to be “able to go to war” (e.g. Bemidbar/Numbers 1:3). It’s possible that simply being of age wasn’t sufficient, thus creating the need for a more thorough interview. The numbers of the qualified men were then submitted to Moses and recorded.

What makes this interesting is that if God was able to specifically name the assistants, wouldn’t he also be able to provide detailed census information? Assuming he could, obviously he didn’t. That had to be done manually, so to speak. But why? The most basic reason, of course, is because God said so. On one level that should be good enough. But that shouldn’t stop us from giving it some thought.

The Bible clearly teaches that God knows everyone. Yeshua said that he even knows the hairs of our heads (See Matthew 10:30). That statement is supposed to assure us of our Heavenly Father’s intimate love and care. For some of you, that’s not enough. Being told God loves everyone is too general, too unspecific. When we think in terms of everyone, we don’t think of being personally included but rather that we are nothing more than part of a big blur of unnamed humanity. God loves everybody, but does he really love me?

There’s something about the administration of the census that bridges this gap. Instead of God announcing the exact population figures himself, which he could have done, he sent out people to take note of everyone. You might say that not everyone was counted because they weren’t qualified for military service, but the only way to know that is to take notice of each and every person.

The counting of heads, initiated by God, but performed by people, brought God’s knowledge of the people to the individuals themselves. But isn’t this how the intimacy of God usually works? While God does from time to time interact with us directly, he most often reaches out to us through others. It’s possible that our sense of being distant from God comes from not allowing ourselves to get close enough to those through whom he wishes to make himself known to us.