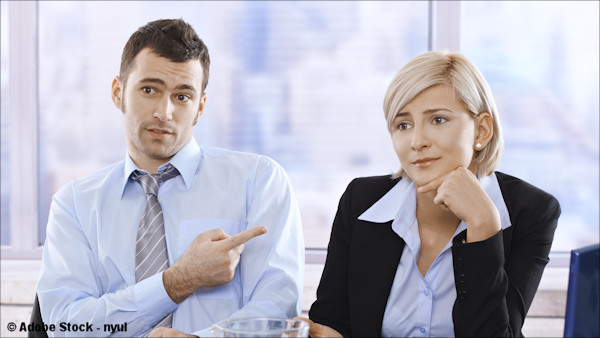 Abraham is depicted in the Bible as the model of faith. It was him of whom we read, “He believed the Lord, and he counted it to him as righteousness” (Bereshit/Genesis 15:6). It was his trust in God (faith is trust) that established his right relationship with God. What did he trust God for? The seemingly impossible prospect of innumerable offspring (see Bereshit/Genesis 15:5). Why was this a seemingly impossible prospect? He and his wife, Sarah, were childless and already advanced in years. They astonishingly have the child of promise when Abraham is one hundred years old and Sarah is ninety.

In this week’s parsha (Torah reading portion), Sarah dies, and sometime later Abraham remarries. Obviously, he is way over a hundred by now, but ends up having a whack of kids through his second wife, Keturah. Not bad for an old man, eh? But wait a second! I thought Abraham couldn’t conceive. Perhaps God healed whatever his condition was, so that he could have Isaac, the promised one. But that’s not right. Years before, after waiting and waiting and still no child, Sarah suggested going the surrogate mother route through her servant Hagar (see Genesis 16). Can’t say for sure, but looks like Hagar conceived pretty quickly. You know what that means, don’t you? The problem wasn’t with Abraham. It was Sarah who couldn’t conceive, at least not until God intervened.

If I am right, then Abraham’s faith challenge was not his own inability, but his wife’s. Did he understand that? He must have. They knew how conception worked. The Bible tells us many times something to the effect of so-and-so lay with her, and she conceived. Abraham knew he could produce kids. And he knew Sarah couldn’t. And yet he stuck with her until the end. He was open to the surrogacy solution, and appeared to believe that that was part of God’s plan until told differently. He thought it was funny when it became clear that his wife would finally conceive. Isaac, meaning laughter, would be identified with this act of heavenly humor forever. It was funny, but he went for it, lying with his long-time committed spouse at least one more time.

While many of the challenges to our fulfilling God’s will are due to our own weaknesses, struggles, and so on, we often find ourselves, like Abraham, frustrated by issues arising from others. Being confronted by actual enemies is one thing, but being constrained by those closest to us is another. How many people have started off on some Great Adventure and have been thwarted in pursuing what are clearly God-given goals, hitting a rock wall because of a loved one? Household obligations may dictate holding off on all sorts of noble, inspired objectives.

Abraham’s willingness to alleviate his situation only stemmed as far as surrogacy within the confines of his understanding of the cultural norms of the day. But that didn’t resolve the matter. Note that he never took a second wife. Maybe God kept him from that temptation by taking him to a hostile, alien land. We don’t know. What we do know is that God wasn’t put off by the length of time or Sarah’s infertility and that Abraham was willing to cooperate with the details of God’s plan as they were revealed to him.

There may be times when we unnecessarily accept obstacles to God’s plans for our lives. We may assume a false sense of responsibility towards family, friends, or business. We may have misguided financial expectations. But at other times, we need to resist skirting God-given limitations, trusting he knows what he is doing and will bring to pass whatever he wants in his time and in his way.

Some time later, God would say to Isaac, concerning his dad: “Abraham obeyed my voice and kept my charge, my commandments, my statutes, and my laws” (Bereshit/Genesis 26:5). The exemplary nature of Abraham’s faith is not confined to a few highlighted moments, but includes a lifestyle, imperfect though it was, loyal to God. This is no less found in his faithfulness to Sarah in spite of her insufficiency. He knew that the God who called him to be a great nation had also determined that marriage be permanent. He accepted the challenge and became the father of all who truly believe.