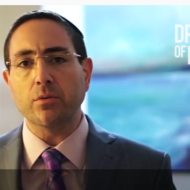 VIDEO: Were All Temple Offerings Equal?

In the Torah Portion of Ki Tavo we learn about the offering of the first fruits. The farmer would bring his first fruits as an offering to G-d.

The rich man and poor man alike would bring the fruits in a basket or platter. Yet, the poor man’s basket was taken by the priest and not returned, while the rich man’s platter was returned.

Why does the poor man have to lose his basket as part of the offering while the rich man gets to keep his? What is G-d telling us by this?

In this video, Rabbi Ari Enkin, United with Israel’s rabbinic director, discusses the issue and explains what we can all learn from is.