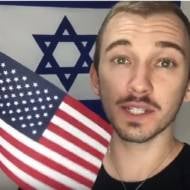 The Jewish state and its supporters are celebrating the US decision to quit UNESCO over its anti-Israel bias.

On Thursday the US announced its withdrawal from UNESCO, citing anti-Israel bias among the reasons.

Pro-Israel activist Hanan Naftali hails the move, saying it recognizes the truth about Israel and will encourage peace.

It’s also a sad day for anti-Israel activists, he notes.

Will this development inspire change in the UN?