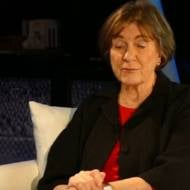 In this interview, British politician Jenny Longe is unable to defend not only her allegations against Israel, but also her apparently anti-Semitic remarks.

Baroness Jenny Longe, a UK politician known for her anti-Israel activism and allegations about a “Jewish lobby” with “financial grips on the Western world,” is exposed in this video as ignorant and biased.

Longe made a most outrageous statement in July, saying that “the treatment of the Palestinians by Israel is a major cause of the rise of extreme Islamism and Daesh [Islamic State]”.

In this video, J-TV interviews Tonge, calling her out on a number of her alleged facts she has cited concerning Jews and Israel.