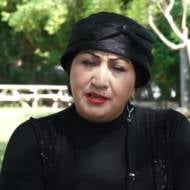 A Muslim Arab Israeli woman discusses her fight against radical Islam and the high price she pays for speaking her mind.

Sarah Zoabi, a Muslim Arab Israeli woman, describes the hardships and violence she and her son Mohammed Zoabi have endured, including serious threats to their security, for upholding their beliefs and for spreading the truth – that Israel is a democracy and that the Arabs enjoy equal rights in the Jewish state.

Israel is “the hope” for the Middle East, they say.

She also speaks of the struggles of others like them who feel threatened by their community.