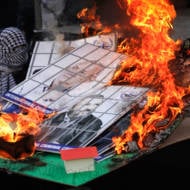 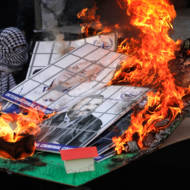 The Palestinians consistently use the month of Ramadan as an excuse to carry out violent terror attacks.

While most people celebrate important holidays and festivals with joyous celebrations, it seems like the Palestinians are celebrating their holy month of Ramadan with violent terror attacks.

In the past week, there have been numerous stabbing attacks, including a deadly terror attack in Beer Sheva where 4 Israelis were murdered.

Even a Hamas spokesman said that “the Palestinian people are united behind the gun,” and called on Jerusalem Arabs to “make all friction points with the enemy [Israel] clash points.”