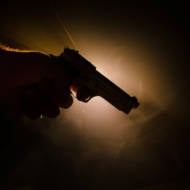 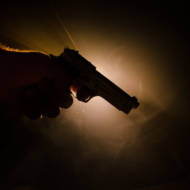 As Israel experiences a wave of terror, an undated video was published yesterday of a Palestinian terrorist shooting at an IDF position near Bethlehem.

In the last few months, Israel has seen a wave of terror that has left 19 Israelis dead and many injured.

Palestinian terrorists do not discriminate and simply target any Israeli.

In an undated video that was published yesterday, a Palestinian terrorist shoots at an IDF position near Bethlehem.

An undated video published today shows a gunman firing on an IDF checkpoint near Bethlehem. pic.twitter.com/QBmga2sHNS