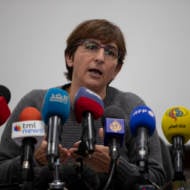 VIDEO: Israel, US Divided Over Outlawing of Palestinian NGOs 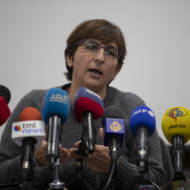 Washington and Jerusalem are divided over Israel’s outlawing of six Palestinian NGOs that it says are affiliated with Palestinian terror groups.

“They are fake donations and the money has just disappeared,” says Raphael Jerusalmy, a former intelligence officer, regarding the NGOs claiming to be charitable groups that in fact are involved with “full-fledged organized crime and terror.”

“We have all the proof,” Jerusalmy told i24 News, pointing out that Israel would not take such a decision lightly.