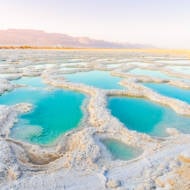 VIDEO: Is Dead Sea Prophecy Coming to Life Before Our Eyes? 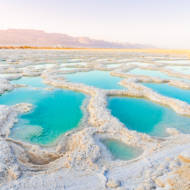 The Dead Sea is slowly disappearing due to human activity, but one Israeli photojournalist may have discovered amazing evidence of a Biblical prophecy materializing right now!

The majestic Dead Sea is one of the most beautiful places to visit in Israel with tourists and Israelis alike coming to benefit from the salty lake.

Unfortunately, the one-of-a-kind sea is in danger of disappearing due to mineral mining.

One Israeli photojournalist couldn’t simply stand by and watch the glorious salty sea die. Using his camera, he is on a mission to save the Dead Sea! And he may have discovered evidence of a Biblical prophecy coming to life before our very eyes!