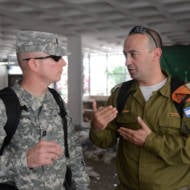 VIDEO: How the IDF and US Army Defend Freedom Together 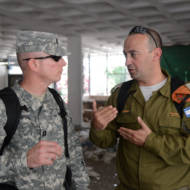 The armies of the Israel and the United States are constantly training together and sharing expertise to ensure that our shared values of freedom and liberty are protected.

The United States and Israel share an incredibly strong bond and the countries’ common goals and values strengthen the friendship even more.

The IDF and the US Military constantly work and rain together as well as share expertise in order to fight common enemies, defend freedom and protect their citizens.

Get a glimpse of the IDF and US Army over the years fighting together for our common values and freedom and learn the secret to both militaries’ strength.