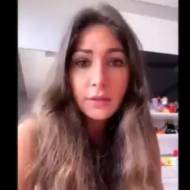 VIDEO: ‘Hezbollah Did Far Worse to Beirut Than Israel Did!’ Says Lebanese Journalist 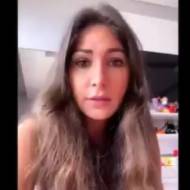 This Lebanese journalist demands answers from Hezbollah terror boss Hassan Nasrallah, whom many are beginning to blame for the horrific blast in Beirut.

As the journalist in this clip illustrates, many in Lebanon are beginning to point the finger at the Iran-backed Hezbollah terror group, which has hijacked the nation’s government and other key components of the nation.

“Did Israel do more [harm to] us than Hezbollah?” she asks, referring to the previous wars Lebanon waged on the Jewish state. Her answer is clear: Hezbollah is ruining Lebanon from within.

A Lebanese journalist asks Nasrallah a simple question and reveals to the world the truth about Hezbollah and Israel!
Must Watch video!