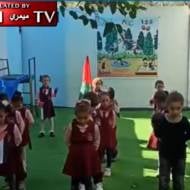 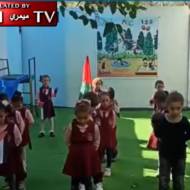 In another show of utter brainwashing and child abuse, children in a Gaza kindergarten put on a show condemning the Jewish peoples’ right to their biblical homeland.

The Balfour Declaration was penned 104 years ago, on November 2, 1917. The declaration confirmed the United Kingdom’s commitment to and recognition of the Jews’ right to a state in their ancestral homeland.

Each year, Palestinians condemn the Balfour Declaration deny its validity, and refuse to recognize the legitimacy of the Jewish state.

This week was no different. Watch this display of hatred performed by pre-school children in Gaza.