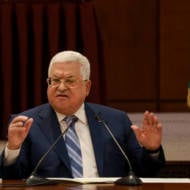 VIDEO: Abbas Reveals How Important Terror Salaries are to Palestinians 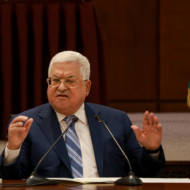 PA TV aired a clip that shows President Abbas vowing to keep rewarding terrorists with salaries, even if he has only “one penny” left.

Israel’s Anti “Pay-for-Slay” Law instructs the state to deduct and freeze the amount of money the PA pays in salaries to terrorists and families of “martyrs” from the tax money Israel collects for the PA.

In a recently rebroadcast clip aired on PA TV, President Abbas makes it clear that he has intends to continue incentivizing terror.