Special note from TorahBytes’ director & writer: On Friday, April 6, 2018, the day after I wrote the first draft of this message, tragedy struck the small Canadian town of Humboldt, Saskatchewan, when their hockey team’s bus collided with a tractor trailer, killing fifteen and injuring the remaining fourteen others, some critically. The meaninglessness of a such a great tragedy is one aspect of this very difficult subject that follows. May the God of all comfort comfort the families and friends of the deceased and bring healing to the injured. – Alan Gilman 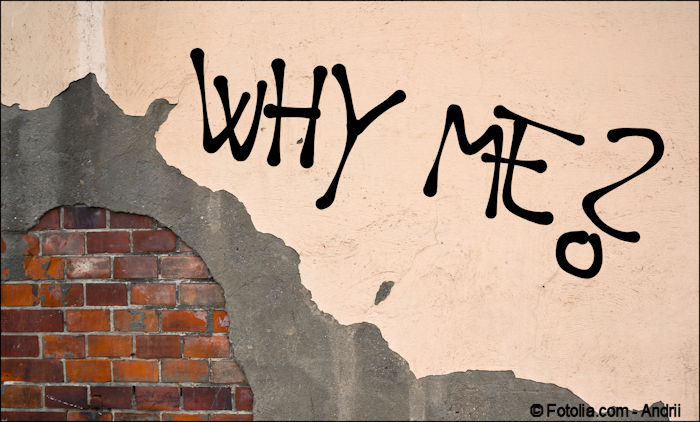 Aaron’s sons Nadab and Abihu took their censers, put fire in them and added incense; and they offered unauthorized fire before the LORD, contrary to his command. So fire came out from the presence of the LORD and consumed them, and they died before the LORD. (Vayikra/Leviticus 10:1-2)

There are two insights into human tragedy that I would like to share from this grim incident. The first is straightforward; the second not so much. The first is that God isn’t someone to be handled lightly. Dealing with him is serious business and fooling around with his way of doing things can cost you your life.

Many people avoid this aspect of God’s character, preferring a one-sided version of him that is nothing but nice. He not only loves us unconditionally; he accepts us unconditionally as well. That is nice, perhaps, but definitely not good, not to mention unjust. Making the Supreme Being supremely agreeable actually turns him into a monstrosity of infinite proportions. That God would put up with anything human beings conceive of is tantamount to abuse by passivity.

What happened to Aaron’s sons Nadab and Abihu is a tragic story like so many tragic stories of abuse of place and position for selfish purposes. The consequences here reveal to us what God thinks about misuse of his directives. This is a dramatic picture of how serious religious and spiritual misdeeds really are. Instead of being offended at what happened to Aaron’s sons, we should wonder why God doesn’t bump off more of their kind.

I think one of the reasons why God is often taken to be a softy towards sinful behavior is that the plight of Nadab and Abihu is an exception rather than the rule. It’s not that their wrong was greater than everyone else’s; it’s that most of the time, God doesn’t zap us when we do wrong, even great wrong. Otherwise, we’d all be dead by now.

The New Covenant writings sum this up as “Or do you presume on the riches of his kindness and forbearance and patience, not knowing that God’s kindness is meant to lead you to repentance?” (Romans 2:4). This echoes Israel’s entire biblical narrative. It’s libelous how some misrepresent the Hebrew Bible by claiming it reveals an angry, wrathful God, who punishes people left, right, and center. An accurate depiction of the Master of the Universe is that, if anything, he is too patient. The vast majority of judgement upon his people is after centuries of waiting for change. Only after a very long time of continued obstinacy, does he finally punish.

While what happened to Nadab and Abihu was the exception, not the rule, it is not unique. From time to time, God responds to wrongs quickly and suddenly. Why he deems it necessary to do so, we don’t know. So, let’s not be fooled into thinking that God’s hesitancy to act in the majority of cases implies they are not as serious.

What makes what happened to Aaron’s sons unique is the second, not-too-straightforward, insight. Tragedy is common in the human experience. People die unexpectedly. Most people don’t. Even though most people in the world will return safely to their beds tonight, tragedy will strike in innumerable ways within the next twenty-four hours. What then makes Nadab and Abihu’s tragedy unique? It’s that we know why it happened. We know in their case, because we are told that they made an illegitimate offering. Yet most of the time when tragedy strikes, we have no idea why. And most of the time, we would be absolute fools to think we can figure it out.

Not everyone who is killed due to a mysterious outbreak of fire is being judged by God. Much of human suffering is simply due to the sin-cursed nature of the creation. Bad things just happen sometimes. Other times, there is cause and effect at work. Impaired or distracted driving is mortally dangerous for example. Still, even when every precaution is taken, things can go wrong.

In many tragedies, our natural cry to know why is a question that may never be answered. But in tragedy, we need more than answers. It’s no wonder that God’s peace is described in Philippians 4:7 as something that surpasses understanding with the effect of guarding our hearts and minds. More than anything, this is what we need when everything else falls apart.