Last week’s UN Security Council resolution sent the following message to the Palestinians: Forget about negotiating. Just pressure the international community to force Israel to surrender up all that you demand.

Abbas and his cronies are more belligerent and defiant than ever. They have chosen the path of confrontation, and not direct negotiations — to force Israel to its knees.

One of Abbas’s close associates hinted that the resolution should be regarded as a green light not only to boycott Israel, but also to use violence against it, to “bolster the popular resistance” against Israel — code for throwing stones and firebombs, and carrying out stabbing and car-ramming attacks against Israelis.

The resolution has also encouraged the Palestinians to pursue their narrative that Jews have no historical, religious or emotional attachment to Jerusalem or any other part of Israel.

The Gaza-based Hamas and Islamic Jihad see the resolution as another step toward their goal of replacing Israel with an Islamic empire. When Hamas talks about “resistance,” it means suicide bombings and rockets against Israel — it does not believe in “light” terrorism such as stones and stabbings.

The UN’s highly touted “victory,” is a purely Pyrrhic one, in fact a true defeat to the peace process and to the few Arabs and Muslims who still believe in the possibility of coexistence with Israel.

Buoyed by the latest United Nations Security Council resolution condemning Israeli settlements as illegal, Palestinian leaders are now threatening to step up their diplomatic warfare against Israel — a move that is sure to sabotage any future effort to revive the moribund peace process. Other Palestinians, meanwhile, view the resolution as license to escalate “resistance” attacks on Israel. By “resistance,” of course, they mean terror attacks against Israel.

The UNSC resolution sent the following message to the Palestinians: Forget about negotiating with Israel. Just pressure the international community to force Israel to comply with the resolution and surrender up all that you demand.

Meanwhile, the Palestinians are not wasting any time by waiting for the international community to act against Israel on their behalf. Rather, they are thinking of ways of taking advantage of the UNSC vote to promote their campaign to isolate and delegitimize Israel, especially in the international arena. One thing is certain: Abbas and his Palestinian Authority cronies are not planning to return to the negotiating table with Israel. In fact, they are more belligerent, confrontational and defiant than ever.

In the days following the UNSC vote, the voices emerging from Ramallah and the Gaza Strip clearly indicate that Palestinians have put themselves on a collision course with Israel. This bodes badly for any peace process.

Earlier this week, Abbas convened the PLO Executive Committee — a decision-making body dominated by his loyalists — to discuss the implications of the new resolution. The declared purpose of the meeting: to discuss the decisions and strategy that the Palestinian leadership needs to take in the aftermath of the resolution.

The decisions announced following the PLO meeting are a clear sign of the new approach that Abbas and the Palestinian leadership have endorsed. The Palestinian leaders have chosen the path of confrontation, and not direct negotiations, with Israel. They see the UNSC resolution, particularly the US abstention, as a charge sheet against Israel that is to be leveraged in their diplomatic effort to force Israel to its knees.

The PLO decisions include, among other things, an appeal to the International Criminal Court (ICC) to launch an “immediate judicial investigation into Israeli colonial settlements on the land of the independent State of Palestine.” Another decision envisages asking Switzerland to convene a meeting to look into ways of forcing Israel to apply the Fourth Geneva Convention to the West Bank, Gaza Strip and East Jerusalem. The Geneva Convention, adopted in 1949, defines “humanitarian protections for civilians in a war zone.”

The appeal to the ICC and Switzerland is part of Abbas’s strategy to “internationalize” the conflict with Israel, by involving as many parties as possible. In this context, Abbas is hoping that the UNSC resolution will ensure the “success” of the upcoming French-initiated Middle East peace conference, which is slated to convene in Paris next month. For Abbas, the conference is another tool to isolate Israel in the international community, and depict it as a country that rejects peace with its Arab neighbors.

In addition, Abbas and his lieutenants in Ramallah are now seeking to exploit the UNSC resolution to promote boycotts, divestment and sanctions against Israel:

“The PLO Executive Committee renews its call to the world countries for a comprehensive and full boycott of Israeli colonialist settlements in all fields, as well as all companies working in or dealing with these settlements.”

One of Abbas’s close associates, Mohamed Shtayyeh, hinted that the UNSC resolution should be regarded as a green light not only to boycott Israel, but also to use violence against it. He said that this is the time to “bolster the popular resistance” against Israel. “Popular resistance” is code for throwing stones and petrol bombs and carrying out stabbing and car-ramming attacks against Israelis.

The UNSC resolution has also encouraged the Palestinians to pursue their narrative that Jews have no historical, religious or emotional attachment to Jerusalem, or any other part of Israel. Sheikh Ekrimah Sabri, a leading Palestinian Islamic cleric and preacher at the Al-Aqsa Mosque, was quick to declare that the Western Wall, the holiest Jewish site in Jerusalem, belongs only to Muslims. Referring to the wall by its Islamic name, Sheikh Sabri announced: “The Al-Buraq Wall is the western wall of the Al-Aqsa Mosque and Muslims cannot give it up.”

While Abbas and his Palestinian Authority consider the UNSC resolution a license to proceed with their diplomatic warfare to delegitimize and isolate Israel, Hamas and Islamic Jihad, the two groups that seek the elimination of Israel, are also celebrating. The two Gaza-based groups see the resolution as another step toward achieving their goal of replacing Israel with an Islamic empire. Leaders and spokesmen of Hamas and Islamic Jihad were among the first Palestinians to heap praise on the UNSC members who voted in favor of the resolution. They are also openly stating that the resolution authorizes them to step up the “resistance” against Israel in order to “liberate all of Palestine.”

“Resistance is the only means to end the settlements,” said a Hamas spokesman in the Gaza Strip. “We appreciate the position of those countries that voted against settlements.” He also seized the opportunity to renew Hamas’s demand that the Palestinian Authority stop all forms of cooperation with Israel, first and foremost security coordination.

When Hamas talks about “resistance,” it means launching suicide bombings and rockets against Israel. The Islamist movement does not believe in “light” terrorism such as stones and knife stabbings against Jews.

Hamas leader Khaled Mashaal, who is based in Qatar, reacted to the UNSC vote by saying that the world should now support his movement’s terror campaign against Israel:

“We want the world to stand with the Palestinian resistance because it is just… The armed resistance is the path to liberate Palestine and Jerusalem. Hamas is continuing to manufacture and smuggle weapons in preparation for a confrontation with Israel.”

Mashaal did not forget to praise the US Administration’s abstention as a “correction of some American policies.”

Islamic Jihad, for its part, characterized the UNSC resolution as a “victory” for the Palestinians, because it enables them to “isolate and boycott Israel” and file charges against it with international institutions. Daoud Shehab, one of the leaders of Islamic Jihad, added that the resolution means that Arabs should stop any effort to “normalize” relations with Israel or conduct security cooperation with it. The Arabs and Muslims should now work toward confronting and deterring Israel, he said.

Clearly, Hamas and Islamic Jihad see the UNSC resolution as a warning to all Arabs and Muslims against seeking any form of “normalization” with Israel. The two groups are referring to the Palestinian Authority, whose security forces continue to conduct security coordination with Israel in the West Bank, and to those Arab countries that have been rumored to be moving toward some form of rapprochement with Israel. The UN’s highly touted “victory” is a purely Pyrrhic one, in fact a true defeat to the peace process and to the few Arabs and Muslims who still believe in the possibility of coexistence with Israel.

Thus, the UNSC resolution already has had several consequences, none of which will enhance peace between Israelis and Palestinians. Apart from giving a green light to Palestinian groups that wish to destroy Israel, the resolution has prompted Abbas and the Palestinian Authority to toughen their stance, and appear to be more radical than the radicals.

Far from moving the region toward peace, the resolution has encouraged the Palestinians to move forward in two parallel paths — one toward a diplomatic confrontation with Israel in the international arena, and the other in increased terror attacks against its people. The coming weeks and months will witness mounting violence on the part of Palestinians toward Israelis — a harmful legacy of the Obama Administration. 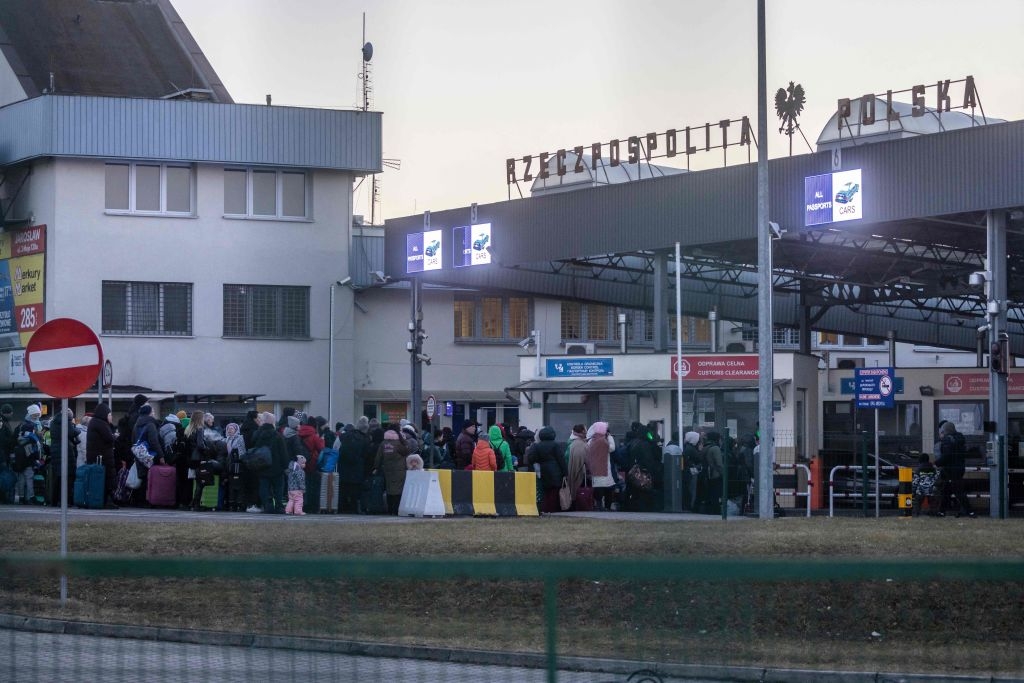