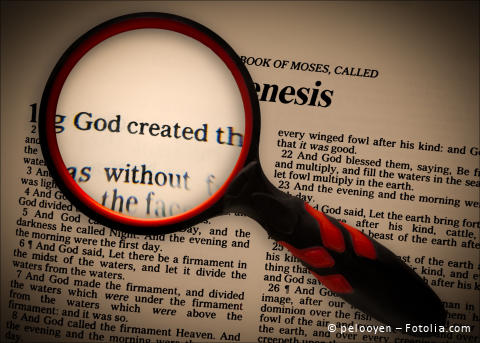 It is absolutely astounding how the Hebrew Scriptures point to Yeshua. While there are predictive prophecies that were designed to create expectation in the hearts of ancient Israel, so many characters and happenings foreshadow the Messiah. There’s no way anyone could have made this up or figured it out in advance. And it’s not as if these foreshadowing elements call themselves out to be noticed. But once Yeshua came and said what he said, did what he did, and there was some time to reflect on the implications of all this, the intentionality of God in overseeing it all becomes obvious.

When teaching from the Hebrew Scriptures, it is common and appropriate to make these connections. Sometimes, however, the search for these types (as they are technically called) goes too far, in my opinion. We should be careful not to create illegitimate parallels, making up ideas and concepts about either the Old Testament or Yeshua that are simply not true. I have also seen how an Old Testament passage may be properly interpreted and explained, but then as the climax of the teaching, we are told that whatever good thing we may have encountered in the passage, it pales in comparison to Yeshua and whatever way he might be the epitome of the lesson at hand.

For example, we could be told in graphic, dramatic detail about what it must have been like for Isaac to be bound to the wood and see his father about to plunge the knife into his heart (see Bereshit/Genesis 22:1-19). But then we’re told that’s nothing compared to Yeshua, who actually was killed. The resulting effect on the hearers is that everything said before is eclipsed by making so much of what Yeshua did. Why even bother telling the earlier story if it pales in comparison?

I have the impression that for some people Old Testament study is nothing more than finding these connections to Yeshua. Don’t get me wrong! That these connections are there are wonderfully astounding. I believe that they help validate the divine authorship and integrity of the entire Bible. But is that what the earlier stories are all about; making interesting connections?

As I was thinking about this the other day, I realized something. While it is true that Yeshua fulfills the types in such great ways, it is the types that enable us to connect with the truths they communicate. So while Yeshua is the greater, Noah, Isaac, Joseph, Moses, David, etc., if we only had Yeshua, then we could easily distance ourselves from who he is and what he did since he is unique as the Messiah, the Son of God. But when we see others being like him in so many ways, we learn that we can be like him too. So the types bridge the reality of God in Yeshua to us.

Which brings us to our special Torah portion for the feast of Pesach (English: Passover, which begins this year the evening of April 22). Prior to the tenth and final plague, the killing of the firstborn, the people of Israel were instructed to take the blood of a lamb and apply it to the doorframes of their homes. That night the Angel of Death would pass over every house which had applied the blood. How Yeshua fulfills this is obvious. Having shed his blood for our sins, if we figuratively apply his blood to our lives, then we will not be condemned when judgment comes.

Yeshua’s greater deliverance doesn’t eclipse Passover. Besides it being an essential aspect of Israel’s history, it challenges us to see faith not as something hidden in our heads and hearts, but an outward public act. Every house that night was set apart publicly as a result of faith and obedience to God’s word. Yeshua is certainly the greater Passover, but it’s Passover that reminds us that we ourselves must respond.