A new front was opened in the anti-Israel propaganda machine today as mainstream celebrity social media influencers caused outrage with their pro-Palestinian posts.

From passion for llamas to hatred of Israel

Californian Lexi Hensler, 23, and her friend, Pierson Wodzynski, 22, make social media videos together that are hugely popular amongst teenagers. Normally posting about “besties”, teen crises, and her passion for llamas, Hensler became politically vocal when she reposted a colorful Instagram post showing a friendly group of young Arabs in front of a stylized image of the Temple Mount. In the image of coexistence, the young man in the painting is wearing a cross and one of the domed buildings is topped with a cross. The teens in the image bear posters with the messages, “Palestinians will remain” and “No more ethnic cleansing.”

The image reposted by Hensler was created by 33-year-old artist Shirien Darma who has created similar images for causes associated with the Black Lives Matter movement.

The original post was made on Instagram by the Institute for Middle East Understanding (IMEU), a pro-Palestinian NGO. Though it touts itself as a resource for journalists, the IMEU has perpetuated anti-Israel myths in the past and advocating that Israel is an apartheid state. The recent IMEU post that went viral with the help of social media influencers egregiously omitted the more than 600 rockets fired at Israel from Gaza over the last 24 hours.

In a case of a self-eating snake spouting disinformation, Hensler reposted an Instagram post titled “What to know about Sheikh Jarra” put out by actress Viola Davis. Originally from the social-justice Instagram account, “So you want to talk about” run by  Nigerian-American writer Ijeoma Oluo. The discussion thread on the Instagram account was entirely anti-Israel with gross misrepresentations of the facts.

Malarkey should have known better

Michael Malarkey was perhaps the most counterfactual influencer with an Instagram post on his mkmalarkey account that depicted “70+ years of Palestinian displacement.” The post displayed several maps, the first showing the British Mandate as entirely Palestinian. The red regions, designating “Palestinian land” gradually diminish until the map labeled “now” has only a few splotches. Though Israel was referred to as Palestine under the British Mandate, Palestine has never been a political entity. Being born in Beirut, Lebanon, a country that did not gain its independence until 1943, Malarkey should have known better. The original post was put out by Redfish Stream, a subsidiary of Russia Today, a media controlled by the Russian government.

When Israeli teenage fans of the three began to take notice on Tuesday afternoon, they put the influencers on the defense. A group of teenagers from Ramat Beit Shemesh Israel, mainly children of American immigrants to Israel, started to defend their homeland and calling out the celebrity icons. Within hours, most of the anti-Israel posts were removed.

A WhatsApp group to console themselves

Now the teenagers have set up a What’sApp group to console themselves and wonder “if it’s still OK to enjoy their hilarious pranks, or if we have to stop following them.”

Celebrities Ben Azelart, Lexi Hensler and Pierson Wodzynski are talents “incubated” by AMP Studios, a digital content studio in California. According to its website, AMP “develops creators,” “produces premium content” and “amplifies content to millions.” The studio works with ten creators, who are amongst the hottest celebs on social media, three of whom – Ben, Lexi and Pierson – accused Israel of crimes, reposting from well-known

AMP was founded in 2018 by uber celebrity Brent Rivera. According to a 2020 Forbes report, Brent Rivera “started Amp Studios, two years ago, with his business partner Max Levine.” While not a creator himself, Levine has been around social media block before. He left his previous company ‘Community’ and sued his cofounder for more than $30 million after celebrity Ashton Kutcher led a large investment round according to court documents published by Forbes. 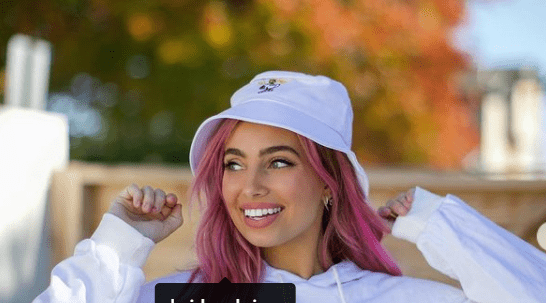 In explaining the importance of AMP’s careful curation and creation of young influencers in building and earning the trust of their impressionable audience, Rivera outlined his strategy to Forbes: “I have to make sure their personality is right. I want to become friends with them because I’m going to be spending a lot of time with them.’ His goal is to become the next Disney and develop clean content.”

If his goal is to “develop clean content,” then anti-Israel vitriol must pass Rivera’s smell test. Efforts to reach AMP Studio were ineffective.

A coordinated anti-Israel effort by AMP?

This seemingly coordinated anti-Israel effort by AMP celebrities is just the latest in the social media war against Israel. Till now, however, the fight was waged primarily by well-known Palestinian activists such as the Hadid Sisters. Sadly, it appears that the Pro-Palestinian activists have been effective in recruiting new ambassadors of hate against Israel and the Jewish People.

In the world of social media, followers and flash are more powerful than truth and facts. As Israeli citizens are pounded by hundreds of rockets from Gaza, American social media influencers are spreading lies as fast as their thumbs can type. 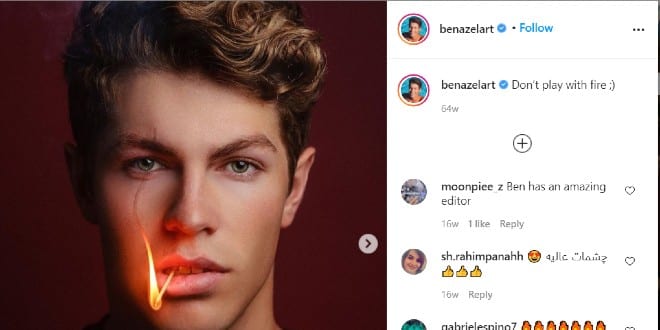 Some of these influencers are wading into the conflict, acting as gullible, yet powerful pawns to use their platforms to spread propaganda and lies that originate from the same sources as the rockets falling on Ashkelon and Ashdod.

In the streets rallying

The original post by Darma included the message:
In the early hours of dawn, Israeli police unleashed a full-fledged attack on Palestinians worshipping at Al-Aqsa mosque in Jerusalem. Hundreds of Palestinian men, women and children were critically injured. For the past week, Palestinians on the ground and in diaspora have been in the streets rallying to save the Palestinian neighborhood of Sheikh Jarrah from Israel’s ethnic cleansing campaign. And to protect the heart of our struggle: Jerusalem.⁣

The last few days, we’ve seen Israeli police and settlers physically assaulting Palestinians worshipping during Ramadan and desecrating mosques in the Old City of Jerusalem. Just in the last few hours, the situation has gotten even worse. Why? Because today is “Jerusalem Day” when Israeli settlers descend on Jerusalem in mobs chanting “Death to Arabs” as they assault indigenous Palestinians who have called Jerusalem home long before Israel existed. Israeli police are not only protecting these settlers but inflicting disproportionate violence against Palestinians.⁣

Palestinian Christian and Muslim youth from Jerusalem, Nazareth, Haifa, Chicago, London and beyond are protesting against Israel’s continued colonization of Palestine.⁣

The US govt is using our tax dollars to send $3.8 billion a year in military funding to Israel. While the US healthcare, education, infrastructure is crumbling, and Black and Brown communities disproportionately suffer, Israel uses US funding as political and financial cover for its crimes against humanity. Without US support, Israel would not be able to uphold its racist apartheid system and ethnic cleansing of Palestinians with impunity. Our govt is using *our* money to directly harm Palestinians.

Abby Weisz, wife of Israel365 director Rabbi Tuly Weisz, noticed the offensive posts. “As a mother of teens, I have enjoyed watching Lexi and the others with my kids and their friends over the years. I was horrified today when the seemingly fun loving young adults on my kid’s screens started using their influence to spew hatred towards Israel. The kids were totally not prepared for encountering what they perceived as a direct attack by their social media heroes,” Weisz explained.
“It was extremely sad to see such a one sided view of a very complex situation. Especially as parents of kids whose schools were just closed because of rocket attacks, and now having to explain to them that we are also being accused of ethnic cleansing and murdering innocent people. We just want our kids to be safe and left alone.”

A Whatsapp message received from an Israeli teen

One teenager from the city of Bet Shemesh in Israel expressed her disappointment telling Israe365 News: “As a teenager living in Israel, following all these celebrities, subscribing to their Chananel’s and loving their content…
And then Seeing all the things they’re saying about our holy land (so much anti-Semitism) is just so disgusting
Us teenagers (me) kinda also feel ashamed that we followed them, looked up to them, sang, and laughed at all their content.
I’m trying to process but it’s too hard. HOW CAN THEY BE SO STUPID?!?!
HOW DO THEY HAVE THE HEART TO WRITE THIS KINDA STUFF?!?!
We are all shocked and disturbed by what they’re saying
This is so disgusting and disappointing, it has to stop now.