As a devout nerd, I used to wear a shirt that said, “GRAVITY:  It’s Not Just a Good Idea, It’s the Law.”  Of course everyone realizes that there’s a big difference between the laws of physics and the laws of mankind.

All things in nature must obey the laws of physics.  We don’t have a choice.  The fabric of space-time, the elementary particles like electrons, they all have mathematical properties and are governed by mathematical laws–all of those fancy equations for the laws of motion, the laws of thermodynamics, etc.

Indeed, we see beautiful, reoccurring patterns in nature that showcase how these mathematical laws are influencing everything from a spiral galaxy… 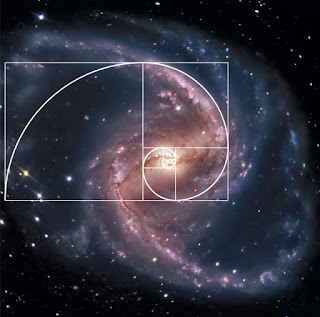 down to a relatively tiny nautilus shell…

And we know that these laws governing the heavens were put in place by the Word of G-d:

“By the word of the Lord the heavens were made, and by the breath of his mouth all their host,” Psalms 33:6

Yet we see that His Word (Law) goes out to not only nature but also to us humans:

“He sends forth his commandment upon the earth: his word runs very swiftly. He gives snow like wool: he scatters the hoarfrost like ashes. He casts forth his ice like morsels: who can stand before his cold?  He sends out his word, and melts them: he causes his wind to blow, and the waters flow.  He shows his word unto Jacob, his statutes and his judgments unto Israel.  He hath not dealt so with any nation: and as for his judgments, they have not known them. Praise ye the Lord,” Psalm 147:15-20

And, while nature is very obedient, G-d’s own family is not always obedient:

“Yea, the stork in the heaven knoweth her appointed times; and the turtle and the crane and the swallow observe the time of their coming; but my people know not the judgment of the LORD,” Jeremiah 8:7

“He shows his word unto Jacob, his statutes and his judgments unto Israel.  He hath not dealt so with any nation: and as for his judgments, they have not known them. Praise ye the Lord,” Psalm 147:15-20

He doesn’t give His familial laws to anyone other than Israel because He doesn’t want a relationship with anyone other than Israel.  And what is Israel?  Israel is the segment of humanity that desires to follow the will of G-d, the segment that hears His voice, hearkens to it, and returns to Him at the appointed times and observes His laws.  If you hear this voice then G-d has drawn you into His family–into Israel.
Thus, Jews and Gentiles form one single family–the Israel of G-d.  And there is one familial Law–the Torah of Moses.
Shalom,
Peter