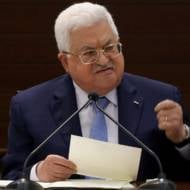 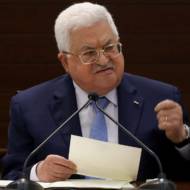 “A continuation of this Israeli policy will lead to an explosion and to increased tensions and instability,” PA leader Abbas’s office said in a statement.

At least four Palestinians were killed early on Monday when a firefight broke out between Israeli police and terrorists in the Jenin refugee camp in northern Samaria, according to Israeli media reports. Following the incident, a general strike was declared in Jenin.

An undercover Israeli Border Police force had entered the camp in pursuit of Muhammad Samir Salah Abu Zina, 26, a convicted terrorist with connections to Hamas and Palestinian Islamic Jihad. Abu Zina had recently been in contact with Hamas forces in the Gaza Strip, who were attempting to orchestrate a terrorist attack inside Israel, Ynet reported.

According to the Israel Defense Forces, the soldiers were on their way out of the camp with Abu Zina in custody when they came under heavy fire from multiple sources at close range (100-250 feet), the report stated.

The bodies of four of the terrorists are in the hands of Israeli security forces, according to Ynet.

Palestinian media named two of the dead terrorists as Salah Amar, 19, and Raed abu Saif, 21, according to Kan news.

Palestinian Authority leader Mahmoud Abbas’s Fatah faction, as well as other factions in Jenin, declared a general strike in the city as a result of the incident. Abbas’s office released a statement strongly criticizing the “ugly crime” committed in Jenin by the “occupation forces,” according to Kan.

“A continuation of this Israeli policy will lead to an explosion, and to increased tensions and instability,” the statement continued.

Hamas spokesman Hazem Qassem described the incident as a “heroic confrontation of martyrs with soldiers of the occupation army, who invaded the refugee camp,” according to Kan.