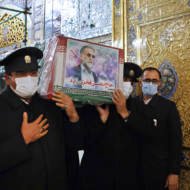 SHAME: Media Hides the Truth About Iranian Who Wanted to Nuke Israel 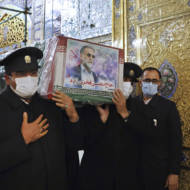 A number of media outlets portrayed Iran as the victim in their coverage of the assassination of a scientist who wanted to destroy the Jewish state.

Iran’s Mohsen Fakhrizadeh was assassinated on Friday by a team of gunmen near Tehran. He was the leader of a nuclear weapons program developed by a nation that wants to destroy Israel.

Instead of reporting the facts, media outlets, including CNN and The New York Times, left out crucial information in their coverage of Fakhrizadeh’s death.

CNN didn’t mention that Fakhrizadeh was a general in Iranian Revolutionary Guards Corps, a terror organization, and The New York Times portrayed Iran as the victim of “brazen killings” while never noting that the scientist ran a nuclear program designed to wipe Israel off the map.

The post SHAME: Media Hides the Truth About Iranian Who Wanted to Nuke Israel first appeared on United with Israel.