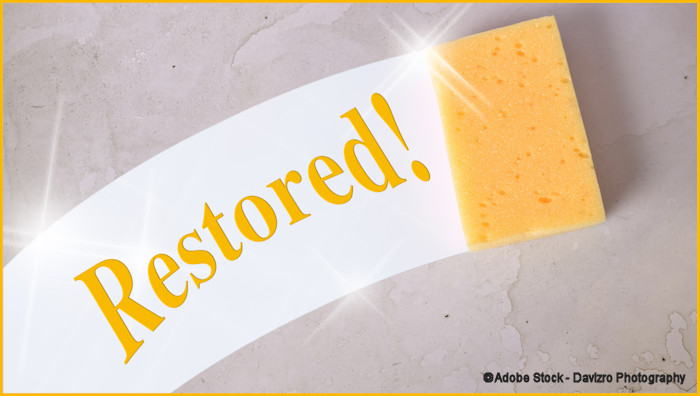 And he shall sprinkle it seven times on him who is to be cleansed of the leprous disease. Then he shall pronounce him clean… (Vayikra/Leviticus 14:7)

According to Torah, victims of certain serious infectious skin diseases became outcasts. The negative social and spiritual consequences must have been devastating. Having the disease was bad enough, but not to be able to engage their community in any way would have made them feel worthless.

While it would have been wonderful to be cured of such diseases, it would have likely taken a great deal of additional time to fully reintegrate. When people suffer such afflictions, it’s common for others to continue to ostracize them, even after their health is restored. The effect of this ordeal would understandably cause the afflicted one to develop a very negative view of self.

This may be one of the reasons for the elaborate cleansing ceremony described in this week’s parsha (weekly Torah reading portion). Over and over again the person would hear: “You are clean.”

But not only was their healing to be publicly announced, they would experience complete restoration. A surprising aspect of the cleansing ceremony is that the blood from the sacrifice was to be placed on the cured person’s right ear, thumb, and big toe. The only other time anything like this was done was when the cohanim (English: priests) were set apart for service. So instead of saying to the ex-sufferer, “You can come back now, but don’t get too close,” they were treated most special. After this ceremony everybody would know that they were truly healed, cleansed, restored, and accepted.

This vividly illustrates for us what it means when God restores us to himself through the Messiah. Because of sin in our lives, we don’t have the kind of relationship with God we were designed for. And because of this break in our most basic relationship, we lack the depth of community we were meant to have.

But God’s forgiveness is thorough and complete. When he restores us, he wants us to know that we are fully accepted by him. No longer does he take our past wrongs into account; they are forgotten for good. We are accepted as his children, and he desires to use us in his service.

Note how, in this passage, restoration occurs within the community of God’s people. To experience restoration, we need to publicly acknowledge our sin within a safe and trusting community environment, just as the afflicted needed to reveal their condition. Then we need to hear God’s words of acceptance through others. When this occurs, we can then function in life as we were meant to – restored!

Tune into to TorahBytes Live, Thursday, April 11, at 2 p.m. Eastern Time, for further discussion. Alan will explore God’s restorative power and how we can avail ourselves of it. Click on image to set up a notification. Recorded version is available immediately following the live stream.