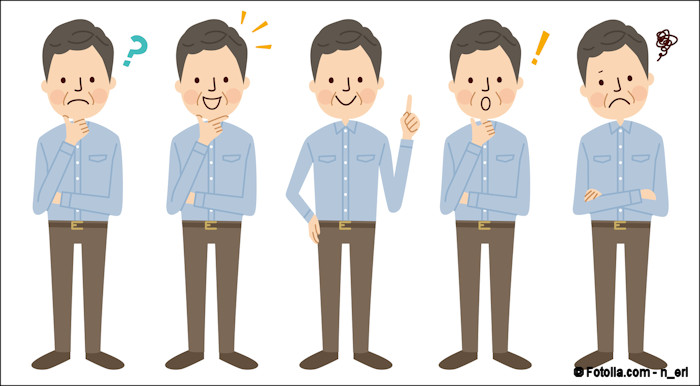 The LORD spoke to Moses, saying, “If anyone sins and commits a breach of faith against the LORD by deceiving his neighbor in a matter of deposit or security, or through robbery, or if he has oppressed his neighbor or has found something lost and lied about it, swearing falsely—in any of all the things that people do and sin thereby – if he has sinned and has realized his guilt and will restore what he took by robbery or what he got by oppression or the deposit that was committed to him or the lost thing that he found or anything about which he has sworn falsely, he shall restore it in full and shall add a fifth to it, and give it to him to whom it belongs on the day he realizes his guilt. And he shall bring to the priest as his compensation to the LORD a ram without blemish out of the flock, or its equivalent, for a guilt offering. And the priest shall make atonement for him before the LORD, and he shall be forgiven for any of the things that one may do and thereby become guilty.” (Vayikra/Leviticus 6:1-7 [English: 6:8-14])

As you may be aware, I don’t normally begin with such a lengthy quote, but I couldn’t think of a more succinct way to provide the scriptural basis for what I want to address this week. It’s more important than usual due to the need to adjust some of what I said in last week’s message, The Ultimate Sacrifice. I had stated unequivocally that under the Old Covenant, there was no sacrifice for intentional sin. I referenced the book of B’midbar/Numbers 15:30, which uses the term “high hand” which apparently is a way to speak of intentionality: “But the person who does anything with a high hand, whether he is native or a sojourner, reviles the LORD, and that person shall be cut off from among his people.” “Cut off” could mean either execution or banishment. At the same time, we saw that King David’s sincere and humble prayer of confession in Psalm 51 for his intentional sins was accepted by God in spite of there being no appropriate sacrifice for what he did.

Now to this week’s portion, especially its opening verses that I read. Here it appears there is sacrifice for intentional sin after all. How did I miss that? The intentional/unintentional distinction vis-à-vis sacrifice and forgiveness appears to be common among interpreters. But after taking a closer look at these verses, I am not sure that such a distinction is so cut and dried. Certainly, when someone realizes guilt it may imply that they were not previously aware of it. But is being unaware necessarily a sign of unintentionality? It could be. For example, if you fail to stop at a stop sign, the authorities are not to accept your claim of not seeing the sign as the basis of innocence. While it could happen that a stop sign may have been significantly obstructed, unawareness on its own doesn’t preclude guilt. Still, unawareness is a factor in determining unintentionality.

But is that what is going on here? Does realizing guilt necessarily imply lack of awareness and unintentionality? Let’s look closer at the passage. It begins with “If anyone sins and commits a breach of faith against the LORD by deceiving his neighbor in a matter of deposit or security, or through robbery, or if he has oppressed his neighbor or has found something lost and lied about it, swearing falsely…” Does this sound unintentional to you? Deceiving a neighbor regarding money or goods? Theft? Oppression? Lying? Swearing falsely? Do people not realize what they are doing when they do such things? Might they not be aware of how serious such things are? It’s possible, I guess. Certainly, they may not feel guilty about doing whatever they did. Those of you who suffer from constant guilt, this might be hard to believe. But it’s amazing how psychologically disconnected some people can be.

Guilt is an objective reality. Our wrongs place us automatically out of sorts with God and the world. Our realization of guilt is not what makes it real, however. The effects of guilt create havoc whether or not we are aware of it. Realization brings us to the place where we can finally deal with it. And that’s what the guilt offering provided to the people.

Sinning with a high hand, therefore, may be more along the lines of a certain kind of purposeful intentionality beyond what’s described here, including overt rebellion against God. This passage, on the other hand, refers to “in any of all the things that people do and sin thereby.” Not to belittle any of these things, but we are encouraged to admit the commonality of such behavior. But unintentional? I don’t think so.

We need to take responsibility for the ungodly aspects of our lives no matter what our awareness-level is. Not feeling guilty is no excuse. People will use having peace about something as license to get away with sinning. That they are unaware of the seriousness of their wrong is one thing. That they and everyone around is suffering due to their resistance to the truth is another.

I can’t speak to individual situations, but perhaps some subconsciously remain unaware of their guilt because they are afraid of the consequences. When that’s the case, we would do better to be more afraid of not realizing our guilt. Once we allow guilt to rise in our consciousness, we can finally do something about it. First, we restore the intimacy of relationship with those affected by making amends as able. Second, we restore intimacy with God though sacrifice. Under the Old Covenant that was done by the method described in our Torah portion. Under the New, we receive the benefits of Yeshua’s ultimate sacrifice through faith.