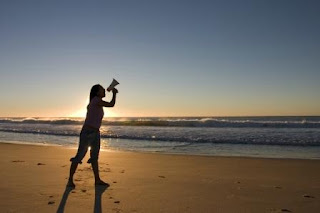 This week’s Torah portion is called Ve’etchanan – “I pleaded.” It is Moshe pleading with the people to observe G-d’s mitzvot and live as the holy community G-d has purposed Israel to be.

Last week we discussed how Deuteronomy is an interesting book. It is actually a repetition of the entire Torah. The other peculiar aspect of the book is that it involves a different generation than the rest of the Torah. Meaning, the whole reason Moshe is pleading with the people at the beginning of this parasha is because it is the generation about to go into the Promised Land after wandering in the dessert for forty years. This is not the generation that left Egypt and was involved in the sin of the golden calf. Nor were they probably old enough to fully comprehend the impact of the giving of the Torah on Mt. Sinai. This was a new generation.

Yet, what is so powerful and mysterious about this parasha is that it is also not about a different generation. That this current generation (and every generation to follow) is actually also the previous generation which left Egypt, wandered in the dessert, and stood at the foot of Mt. Sinai.

For HaShem did not just make this covenant with our ancestors, but with us – with us who are alive today. HaShem spoke with you face to face from the fire on the mountain. (Deuteronomy 5:3-4)

This mystical idea is so central to the Jewish people that when we observe the commandments and festivals, we are not just remembering something that happened in the past – but we are reliving it. Every opportunity, and every chag, every holiday is a reliving of the events. When we remove a Torah scroll from an ark, it is not just a Torah service; it is reliving the experience at Sinai – with the fire, thunder, and all. When we celebrate Sukkot, we are back in the dessert homeless, hungry, tired and cold. When we observe Pesach, we are actually being redeemed from Egypt. As this week’s parasha also states:

Someday your child will ask you, ‘What is the meaning of the instructions, laws and rulings which HaShem our G-d has laid down for you?’ Then you will tell your child, ‘We were slaves to Pharaoh in Egypt, and HaShem brought us out of Egypt with a strong hand…’ (Deuteronomy 6:20-21)

Every one of us was once a slave (and in many ways, we still are). We all stood at Mt. Sinai, and all share the responsibility to follow in G-d’s ways and be faithful to His Torah. The next time you pick up a Siddur, light Shabbat candles, or put on a tallit – may you be enveloped in the idea that we are not just observing something that happened in the past; we are reliving it in the here and now. Each action is an opportunity to reengage G-d, and to relive the events surrounding each mitzvah.