“[Y]ou are…built on the foundation of the apostles and prophets, with Yeshua haMoshiach Himself as the chief cornerstone.  In Him the whole building is joined together and rises to become a holy temple in the Lord,” Ephesians 2:19-21 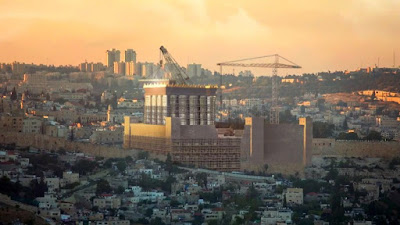 Did Paul want Gentiles to radically change their identities–to think of themselves as non-Jewish members of Israel?

I’m going to discuss 2 ways in which Paul advocates for just such a change:

“If any of them should wish to pass over into the Jewish citizenship [politeian], [the Egyptians] must not be spurned with an unconditional refusal as children of enemies, but be so favoured that the third generation is invited to the congregation [ekklesian] and made partakers in the divine revelations…”  Philo, On Virtue 108, (note 1)

In a classical Greek context, “politeia” would refer to secular citizenship (note 2) and “ekklesia” would refer to a secular convocation of citizens political purposes.  However, we see in Philo’s writings (and other ancient Jewish sources) that there is also a Jewish context for these terms–that first-century Jews appropriated politeia as referring to religious membership in Israel and ekklesia as referring to religious convocations of members of Israel.

So if we see Paul referring to Gentiles as members in the Ekklesia (which is translated as “Church”) and emphatically declaring that Gentiles are citizens in Israel (“Remember that [formerly] you were…excluded from citizenship (politeia) in Israel…” Eph 2:12), then based on first-century Jewish usage of these terms in a religious context, it must follow that Paul wanted to Gentiles to think of themselves as members of Israel and qualified to participate in the assembly of Israel.

Now let’s look at another piece of evidence.

“But if some of the branches were broken off, and you, although a wild olive shoot, were grafted in among the others and now share in the nourishing root of the olive tree,” Romans 11:17 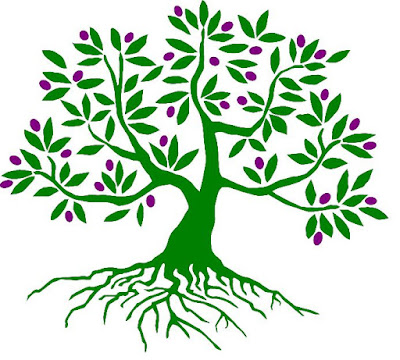 To understand what Paul is getting at here, we first need to review some Scripture:

In Jeremiah 11:16 (and other passages), G-d is clearly referring to Israel as an olive tree.  So this at least allows for the possibility that in Romans 11 Paul is borrowing the metaphor in order to convey that Gentile Believers are grafted into Israel.  We can also see from later rabbinic writings that this language of “grafting” to the “root” refers to conversion that bestows membership in Israel:

“In truth, the converts could not decide to come to Israel if Israel had not already been first chosen by God.  Israel’s election, to use a rabbinic term, is ‘the root’ (iqqar); the converts’ conversion is ‘grafted’ (tafel) onto it,” Novak, The Election of Israel, pg. 188

We’re left with the very distinct impression that Paul wants Gentiles to think of themselves as members of Israel (politeia) who may participate in the assembly of Israel (ekklesia) based on the fact that they have been in-grafted (tafel) to the root (iqqar) of the Olive Tree (Israel).

Note 1:  The reference to the “third generation” comes from the prohibition in Deuteronomy 23:8 on allowing an Egyptian to enter the assembly (kahal) until the third generation.

Note 2:  Politeia is a term that refers to citizenship in writings such as Plato’s Republic, Aristotle’s Politics, 2 Maccabees 8:17; 3 Maccabees 3:21,23, and Josephus’ Antiquities of the Jews.  “The Greek word politeia means in the first instance ‘citizenship,’ the quality of being a citizen,” (Cohen, The Beginnings of Jewishness).