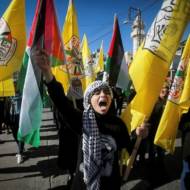 The Palestinian Authority slashed medical treatments in Israeli hospitals to continue funding its “Pay for Slay” policy, leaving Palestinian children as the main victims of these self-imposed cuts.

As part of its self-inflicted financial crisis, in March 2019 the Palestinian Authority (PA) decided that Palestinians would no longer be referred to Israeli hospitals. At the time, the PA justified this by claiming it was costing the PA $100 million a year. Palestinian Media Watch (PMW) has just learned that this figure is false and that the PA was in fact lying to its own people by exaggerating the cost of treatment to justify the prohibition.

When the decision was announced, PA Ministry of Health Spokesman Osama Al-Najjar explained, “This decision was made in response to the deduction of sums [Israel transfers] from the taxes that [Israel] collects each month for the Palestinian coffers. He added that the cost of the referrals to the Israeli hospitals is $100 million a year,” reported official PA daily, Al-Hayat Al-Jadida, in March.

However, comprehensive statistics provided to PMW by Israel’s Ministry of Finance in response to a freedom of information request prove that the PA leadership are once again not telling their people the truth.

From 2010-2018, the years covered by the statistics, the cost of treating the Palestinians in Israeli hospitals never reached $100 million. In the nine years covered by the statistics, the PA expenditure on treatment for Palestinians in Israeli hospitals averaged $62 million year, with the highest expenditure ($83 million) registered in 2014, the year of the last Gaza war.

The financial crisis from which the PA is currently suffering was caused by its refusal to accept any of the tax revenues Israel collects and transfers to it. The PA refusal to accept the funds is a result of the implementation of Israel’s 2018 Anti “Pay-for-Slay” Law. The law provides that the PA expenditure for its “Pay for Slay” policy – the policy by which the PA pays monthly salaries/allowances to terrorist prisoners, released prisoners, wounded terrorists and to the families of dead terrorist – in one year will be deducted from the taxes that Israel collects and transfers to the PA in the following year.

The last comprehensive study regarding the treatment of Palestinians in Israeli hospitals was released by Israel’s parliament in 2017. The report, which covered a five year period ending in 2015, showed that in those years 42,314 Palestinians received medical treatment in Israeli hospitals. Of those treated, 15,831 Palestinians were hospitalized and treated for the full spectrum of medical needs. 51% of those hospitalized were children, most of whom received oncological or hemo-oncological treatment.

Accordingly, the Palestinians most affected by the PA decision to prohibit the treatment in Israeli hospitals were children, such as 7 year old Palestinian Majed Muhammad Majed Ah-Sha’er, whose cancer treatment was cut short by the PA.

Finally, while the PA decided to top the medical treatment of thousands of Palestinian children, the cuts did not apply to senior PA figures such as Jibril Rajoub, who continued to receive the treatment he needed in an Israeli hospital.

Israel’s Anti “Pay-for-Slay” Law – Israeli law stating that the PA payments to terrorists and the families of dead terrorists is a financial incentive to terror. The law instructs the state to deduct and freeze the amount of money the PA pays in salaries to imprisoned terrorists and families of “Martyrs” from the tax money Israel collects for the PA. Should the PA stop these payments for a full year, the Israeli government would have the option of giving all or part of the frozen money to the PA.

The law was enacted by the Israeli Parliament on July 2, 2018, and its first implementation was approved by Israel’s Security Cabinet on Feb. 17, 2019, when it decided to withhold 502,697,000 Israeli shekels (approximately $138 million) from the PA. In response, the PA announced it would not accept any of the tax money collected by Israel unless it also included the frozen amount.

During the initial parliamentary vote in 2018, the law’s sponsor Avi Dichter said, “The Foreign Affairs and Defense Committee received much help in its deliberations… from Palestinian Media Watch who provided us with authentic data that enabled productive and professional deliberations, nuances that are very difficult to achieve without precise data.”