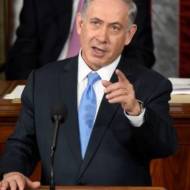 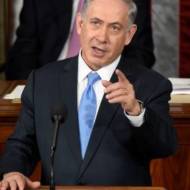 Prime Minister Benjamin Netanyahu, in a phone conversation with U.S. Vice-President Kamala Harris Thursday evening regarding cooperation between the two countries in several areas, reaffirmed his commitment to prevent Iran from developing nuclear weapons designed to destroy the Jewish State.

The Biden administration has shown eagerness to return to the 2015 Iran nuclear deal, to which Israel is vehemently opposed, seeing it as an existential danger. Biden was second-in-command when the deal was signed, under the leadership of then-President Barack Obama.

Already in November, soon after the U.S. election, addressing the annual memorial for Israel’s first prime minister, David Ben-Gurion, Netanyahu sent a message to the American leader, saying, “There can be no going back to the previous nuclear agreement.

“We must stick to an uncompromising policy of ensuring that Iran will not develop nuclear weapons,” Netanyahu stated.

“Thanks to our determined stand against the nuclearization of Iran, and to our opposition to the nuclear agreement with Iran, many Arab countries have fundamentally changed their approach to Israel,” he added, pointing to the recent peace agreements with a number of Arab countries.

More recently, the Biden administration said it remains open to talks with Iran over the 2015 nuclear deal despite Tehran’s rejection of an EU invitation to join a meeting with the U.S. and the other original participants in the agreement, AP reported.

A senior administration official said the U.S. was “disappointed” in the rejection but was flexible as to the timing and format of the talks and saw Iran’s decision to snub the European invitation as part of the diplomatic process, the report said.

Regarding other topics, Harris commended the great success of the vaccine campaign in Israel. She and Netanyahu agreed to establish a joint team to tighten cooperation in technological research and development in the fight against the coronavirus, water, green energy and in additional areas.

The vice-president also expressed the American administration’s complete opposition to the decision of the prosecutor of the ICC in The Hague to investigate Israel for war crimes.