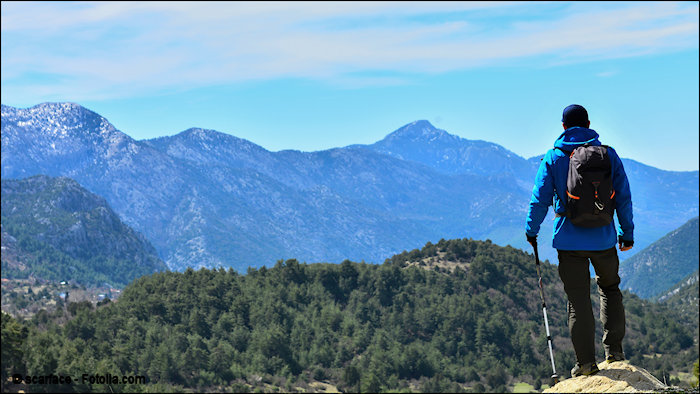 Who are you, O great mountain? Before Zerubbabel you shall become a plain. And he shall bring forward the top stone amid shouts of “Grace, grace to it!” (Zechariah 4:7)

A key, if not the core, aspect of Hanukkah is captured in this special Haftarah reading for the Shabbat that coincides with the festival (Hanukkah this year began the evening of December 2). The time period in which the prophet Zechariah lived is not normally given that much attention. Yet, not only is it an important chapter of Israel’s history, it provides the background for the events to follow, including the Maccabean revolt and the coming of the Messiah.

The return from Babylon never lived up to expectations. The Hebrew prophets envisioned a grand reestablishment of the kingdom of Israel, with a joyful and fruitful population and a glorious temple to which the nations would stream. Not only that, it would coincide with God’s blessing overflowing from Israel to the uttermost parts of the globe. Instead, a majority never returned, the rebuilt temple was pale in comparison to the original, and the worst of it was that, except for a brief time following the Maccabean revolt, Israel was ruled by foreigners (the Persians, the Greeks, and the Romans), a sure sign of God’s disfavor. The fulness of the prophetic expectation would have to wait.

The books of Ezra and Nehemiah document aspects of the return. It was no easy time and very discouraging. Zechariah, along with the prophet Haggai, were tasked with helping the people to not give up and fulfill their priority mission, the rebuilding of the temple. Zechariah had a particular word for Zerubbabel the governor.

I don’t know how aware the Maccabees were of Zechariah’s message to Zerubbabel, but somehow, they took it to heart. It’s a message that has been embraced by most courageous and faithful followers of Israel’s God. It’s what Yeshua told his disciples they would be able to do if they would possess even the most minuscule amount of genuine trust. Zechariah’s message is that when God is with us in what he gives us to do, no challenge is too difficult, no obstacle too great. Success is not dependent upon our physical capabilities, intelligence, or resources. When God is with us, he makes the impossible possible.

We read about miracles and the wondrous exploits of biblical characters, and don’t always catch how they must have felt standing before insurmountable challenges. When faced with difficulties, we may see ourselves as failures: “If only I do better or work harder, then maybe I can do it. And if I can’t certainly someone somewhere can.” But then there’s the truly impossible. That’s what Zerubbabel was facing. He wasn’t called to climb a mountain, he had to remove it. That’s the impossible. And that’s overwhelmingly discouraging. And that’s why he needed God’s word through the prophet: It’s coming down!

As Yeshua said: “If you have faith like a grain of mustard seed, you will say to this mountain, ‘Move from here to there,’ and it will move, and nothing will be impossible for you’” (Matthew 17:20). From Abraham, called to be a great nation in spite of being old and childless; to Moses, mandated to confront the world power of his day; to David, standing before the giant; to the small Maccabean army taking on the mighty Greeks; to Yeshua, conquering death itself, mountains have been moving.

I wonder how many impossible situations we have allowed to remain in our lives when God wants them gone. I am not saying we have superhuman ability to do the impossible at will. But when God calls us to face great intimidating challenges, perhaps we often give up too quickly.

Think of the mountains in your life right now. Make a list if necessary. Ask God to speak to you as you offer them one by one to him. You may just sense a tiny spark of faith with regard to one or more. If so, speak to the mountain and watch what happens.