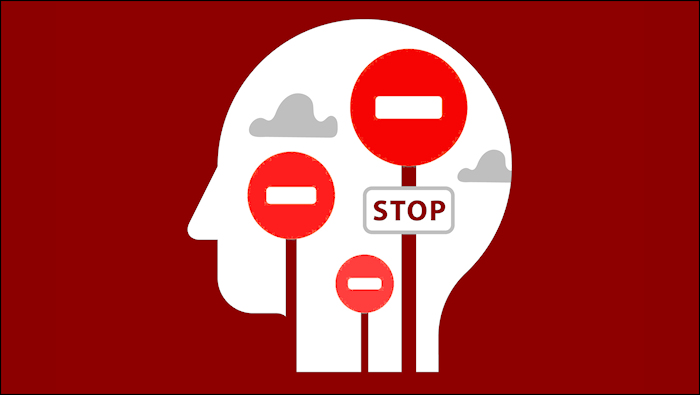 But when his brothers saw that their father loved him more than all his brothers, they hated him and could not speak peacefully to him. (Bereshit/Genesis 37:4)

A mental block is when you find yourself stuck in a psychological rut you can’t get out of. You have likely heard of writer’s block, when a normally prolific writer can’t seem to get their thoughts on paper (or screen). In the moment (or much longer) all creativity comes to a complete halt. What makes this so frustrating is the sense that the ability to write should be there. Of course, for the accomplished writer, it has been there until the block has the writer’s mind in its vice-like grip.

What makes something a mental block as opposed to normal inability is the reasonable expectation that we should be able to do the thing. If not for the presence of the known or unknown obstacle, the ability would manifest. Have you heard of “the yips”? It’s a real thing from the world of sports. An athlete has the yips when he or she can’t perform a normal (to them) routine or function. All-star pitcher Jon Lester had the yips. In baseball, when a runner is on first base, pitchers regularly throw to first base between pitches to prevent the runner from getting too much of a lead (a head start) should they attempt to run to second base (that’s called “stealing”) or if the batter hits the ball. This is a lot easier for left-handed pitchers, such as Lester, since in these situations they prepare to pitch facing the runner at first as opposed to right-handed pitchers who face the opposite way. The point is for an elite athlete who is paid many millions of dollars to throw a ball, this is one of the easiest things to do. But at some point, Lester stopped throwing to first. Something happened that so undermined his confidence in his ability to do this, that he could no longer do it. Eventually everyone knew he had the yips. But because Lester was such a good pitcher, his overall performance compensated for the unusually long leads runners were taking.

For Lester, being aware of what was going on inside his head was a huge help. Knowing he had a problem was the first step towards resolving it, whether by compensating for it or learning to overcome it completely. I wonder how many mental blocks we have that we don’t know about, where we have abilities that we are prevented from using because of a psychological obstacle.

Joseph’s brothers had a serious mental block, whereby they were not capable of speaking peaceably with him. This was not just a case of refusing to talk nicely to him; they didn’t have the ability to do so. We should be careful to distinguish between ability and will. We tend to refer to “we can’t do something” when the fact is we won’t do it, thus skirting personal responsibility for our actions. That said, there are indeed times we truly can’t, when the ability is not there or a legitimate obstacle within us or outside of us prevents us from doing whatever it might be. This was what was happening with Joseph’s brothers.

Their hatred didn’t come out of nowhere. It started with their resenting their father’s preferential treatment of Joseph, made worse by Joseph himself. Instead of dealing with their family dysfunction constructively they let their resentment fester until it boiled over. The resulting hatred was a mental block that controlled their behavior.

Their bad behavior was the symptom of their mental block. Since symptoms are the only things visible, we understandably focus on them. But the only way to change bad behavior is to get to the controlling factor. In their case, it was their resentment-fueled hatred.

We could go deeper. Their resentment was actually toward their father, who set this up in the first place by playing favorites. And ultimately their issue was with God, who allowed (or purposed) such a thing. The controlling of all controlling factors for any and all mental blocks is the state of our relationship with God. As long as we are alienated from him, we will be overcome with innumerable mental blocks constraining us from living the abundant life we were made for. Once that alienation is resolved through faith in Yeshua the Messiah, we have new potential to overcome our mental blocks. That’s just the beginning, however. It’s only as we cooperate with the light of God’s truth and learn to apply God’s power to our lives that we can be fully free.