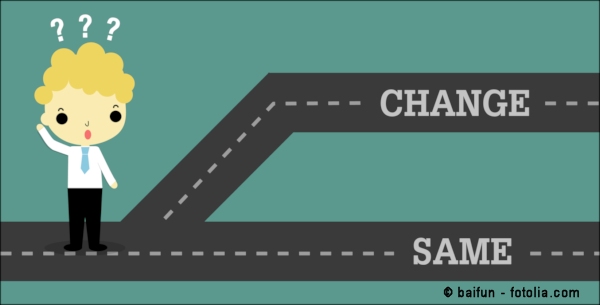 So he blessed them that day, saying, “By you Israel will pronounce blessings, saying, ‘God make you as Ephraim and as Manasseh.’” Thus he put Ephraim before Manasseh. (Bereshit/Genesis 48:20)

As Jacob neared the end of his life, he blessed his sons. Custom demanded that the firstborn receive a double inheritance. That even God honored this custom is seen later in the Torah whereby a man was not to divert the rights of the firstborn based on relational preferences (see Devarim/Deuteronomy 21:15-17). It’s possible that this is what might be happening in the case of Jacob and Joseph, though it is more probable that Jacob broke with convention due to other reasons. Reuben his firstborn had betrayed his father by having relations with one of his wives, while Joseph proved himself to be the true leader from among his brothers. Regardless, it was unconventional to give Joseph the double portion normally given to the firstborn.

Jacob himself was the beneficiary of this same unconventionality, being the younger brother to Esau. Unlike his own bestowal of double blessing upon Joseph, in Jacob’s case, it was clearly ordained by God. Perhaps this prompted him to place Joseph’s younger son Ephraim ahead of the older Manasseh. Also, one might reasonably assume that if the firstborn blessing was given to Joseph’s sons, Ephraim in particular, then the responsibility of carrying the legacy of the Abrahamic promise would be especially his and would result in preeminence in the nation, including the kingship. But apart from a larger land allotment, the kingship was first given to the tribe of Benjamin before it was permanently established in Judah.

Why is this important? Because through this we see that God is not a radical conservative. While he acknowledges cultural norms and even establishes directives based on them, demonstrating that he values convention, he is not stuck inside the status quo for its own sake. There is a time to keep convention – we don’t reject it due to personal preferences – but convention itself is not what should control us. So while some may reject the notion that change itself is not necessarily better – what is new and different is not always best – the way things are isn’t necessarily the way they should be.

The God of the Bible is the Master of Change. Initiating a creation from nothing is perhaps the greatest example of that. Not only is creation a demonstration of radical change – breaking with the convention of eternal nothingness – that which he created itself is a progressive entity. Adam and Eve weren’t to be conservationists, but change agents, taking the Planet Earth from its infant stage to maturity over time. Their failure had to do with from whom they took their orders.

Bringing about change became even more necessary after our first parents’ disobedience and the resulting curse upon the whole creation. From the earliest days God determined to rectify creation’s plight. That necessitated a confrontation with the way things were in order to transform them into the way they should be. In working that out God inspired countless individuals, from the Prophets to the Apostles, to confront the status quo both inside and outside communities of the faithful.

While conventionalists are correct to assert that God’s ancient revelation of Truth is fundamentally unchangeable and nonnegotiable, there is a tendency to confuse our conventions with God’s will. So while it is irresponsible to ignore convention, to insist upon it for its own sake is idolatry. It is idolatry because it replaces God’s Truth with our own version of it.

Non-conventionalists fall into this same trap as they find meaning, not in the way life should be, but in change for its own sake. Under the guise of being progressive their only goal is not the betterment of life, but their personal preferences, thus making themselves gods. This is exactly what got the human race in trouble in the first place.

Discerning when change is necessary is not straightforward; walking with God never is. While we should not be quick to embrace change for its own sake, if our dependency is on him rather than self, we have a much greater opportunity to keep in step with him.