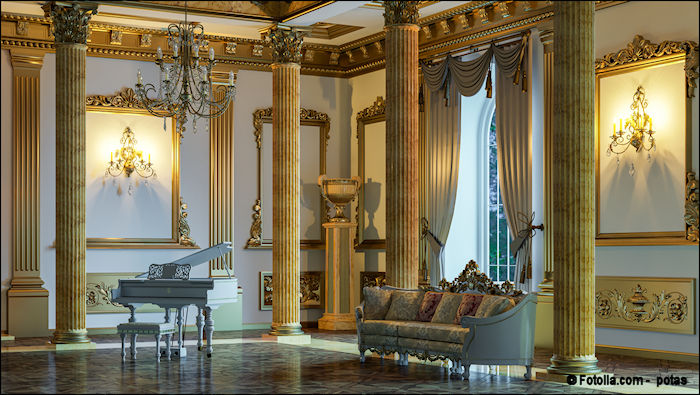 And it shall be with him, and he shall read in it all the days of his life, that he may learn to fear the LORD his God by keeping all the words of this law and these statutes (D’varim/Deuteronomy 17:19)

When we think of the elite of society, whether it be in our day or in ancient times, we tend to focus on their perks and privileges. Their houses are bigger and nicer, their modes of transportation are the best of the best. Everything about their lives is above and beyond the comforts and pleasures of the rest of us. But that’s not the whole picture. You have most likely heard the saying that goes something like: “With great power comes great responsibility.” Many ascribe this to the fictional Uncle Ben of Spiderman fame, but it’s much older than that, probably going back to the time of the French Revolution (see https://quoteinvestigator.com/2015/07/23/great-power/). The truth contained in this statement is rooted in Yeshua’s words: “Everyone to whom much was given, of him much will be required, and from him to whom they entrusted much, they will demand the more” (Luke 12:48).

Positions of authority include more than privilege, power, and responsibility, however. It is this additional ingredient that makes all the difference between leaders successfully fulfilling their crucial roles and causing unnecessary destruction and harm. It’s the need of a good education. I am not talking about acquiring degrees from prestigious institutions. There are ways to do that while not learning anything useful along the way. I am also not talking about career skills, since those are relatively easy to acquire. I am talking about learning how to become a good person. Without that, all the prestige and skills in the world won’t amount to anything. This is especially the case for those called to positions of authority as their lives have far greater impact on others.

This is why God required kings of Israel to be life-long students of Torah. As a leader, he was not to regard himself as being above the law, but rather be subject to it. In order to do that, he was not to rely upon his advisors and teachers to know God’s written revelation. Not that he wouldn’t have teachers and advisors, but their role was to equip him to be able to read the Torah for himself. That would include not only learning to read the text but reading it intelligently.

Personal reading of Scripture would have been very rare. Not only were copies of the Torah not in abundance, the people wouldn’t hear it read that often. God directed the cohanim (English: the priests) to read the Torah to the people once every seven years during the Feast of Sukkot (English: Tabernacles or Booths) (see D’varim/Deuteronomy 31:10-11). It would be many centuries before the synagogue would provide weekly Torah readings within Israelite society. This meant that only certain people required the ability to read. Kings may have been the only non-cohenim to personally read the Books of Moses.

The greatest obstacle to having direct interaction with the divine writings was that access to books in general was highly restricted. Not because it was forbidden for common folks to read the sacred text, but because so few copies were available. It’s almost impossible for us, who live almost six hundred years after Gutenberg’s inventing the printing press, to imagine life without books. We have a hard-enough time remembering what it was like to not have ready access to much of the world’s writing in our pockets, let alone the pre-Gutenberg days when owning a copy of a book was the unique domain of royalty and the rich.

But these are not those days. Today we can all live like kings. God’s directive to kings regarding the reading of Torah was not a symbol of privilege or an initiation rite. It had no ceremonial function at all. It was practical. He was to read the Torah “that he may learn to fear the LORD his God by keeping all the words of this law and these statutes.” To be a good king required being a good person. To be a good person required reading the Torah. We all have the exact same need. The only difference between ancient Israelite kings and ourselves is access.

There’s nothing magical about reading the Bible. It is God’s equipment to enable us to live effective, godly lives. As one of the greatest Torah scholars of all time writes:

All Scripture is breathed out by God and profitable for teaching, for reproof, for correction, and for training in righteousness, that the man of God may be complete, equipped for every good work. (2 Timothy 3:16-17)

To not take advantage of what was at one time the privilege of the few is to rob ourselves of God’s provision for living an abundant life. So, let’s pick up a Bible and live like kings!