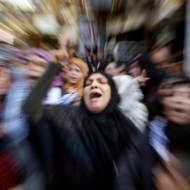 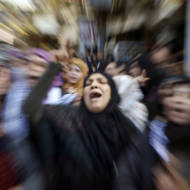 Palestinians in Lebanon have limited access to Lebanese health services and rely on UNRWA for their health needs. But UNRWA is not stepping up.

By Elder of Ziyon via The Algemeiner

UAE newspaper Al Bayan reports that Lebanon doesn’t have plans to vaccinate Palestinians who have lived there for over seven decades.

Lebanon has been signing agreements with various pharmaceutical companies to obtain vaccines for its population. But they have not announced any plans on how these vaccines will be distributed in Lebanon’s overcrowded Palestinian “refugee” camps, which have become even more crowded since the Syrian civil war forced many more people of Palestinian ancestry to move in.

Palestinians in Lebanon only have limited access to Lebanese health services and rely on UNRWA for their health needs. But UNRWA is not stepping up.

No one is making any concrete plans on the distribution of vaccines in the 12 UNRWA camps in Lebanon.

UNRWA closed its 28 health facilities in Lebanon on Thursday, as the nation went on lockdown, causing great anger among Palestinians. They plan to reopen Monday.

There have been no articles in any of the mainstream media organizations about this situation. No “human rights” NGOs are up in arms about this. No one is castigating Lebanon for not taking care of the people who live in Lebanon.

When Israel can’t be blamed, no one seems too interested in Palestinian welfare.

The post Lebanon Refuses to Vaccinate Palestinians; Where’s the Outrage? first appeared on United with Israel.