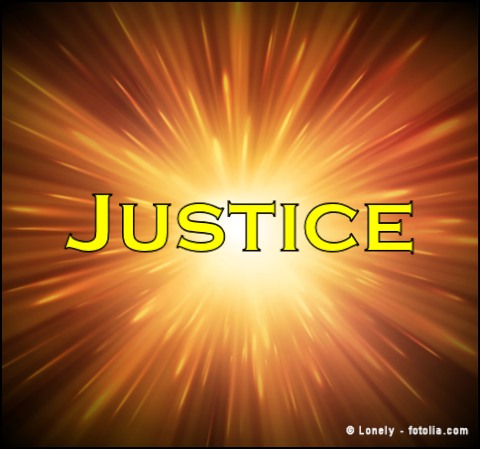 For I will proclaim the name of the LORD; ascribe greatness to our God! The Rock, his work is perfect, for all his ways are justice. A God of faithfulness and without iniquity, just and upright is he. (Devarim/Deuteronomy 32:3-4)

When I first read this passage in this translation, I found it jarring, because I was used to hearing, “all his ways are just.” If you look at a list of various other English translations, you will see an assortment of words used, such as fair, right, righteous, just, judgement and the one used here, justice. The Hebrew word is “mishpat,” which indeed means justice, which is a noun, but in English it doesn’t sound right. The phrase more naturally lends itself to using an adjective, the way I am used to hearing it. But to make the text read, “God’s ways are just,” gives the impression that his ways simply possess a just quality to them. While that is true, what mishpat expresses here is much more than that. Regardless of the sound English prefers, God ways are in and of themselves justice.

Let me try to explain. If I said “smoking is harmful,” harmful being an adjective, then I am saying that smoking has a destructive quality. How it causes harm depends on how people relate to it (smoking or breathing second-hand smoke, for example). But if I say instead “smoking is harm” (which sounds strange, of course), I am claiming that smoking’s harmful quality is essential to its essence, and that its existence in and of itself brings about harm regardless of how people use it or relate to it. Whether or not smoking is truly that I will leave to anti-smoking advocates to decide.

So when Moses says God’s way are mishpat, it is not only because his ways have a just quality to them, but that his ways are in and of themselves justice. It is not as if they are shown to be just only when they are followed as when we follow good advice. Rather God’s ways establish justice by their very existence alone.

How this works becomes clearer when we understand that God is personally invested in his word. By his power his ways are actively at work in the world, confronting evil and leading people in the path of righteousness. No wonder the writer of the New Covenant book of Hebrews states, “For the word of God is living and active, sharper than any two-edged sword, piercing to the division of soul and of spirit, of joints and of marrow, and discerning the thoughts and intentions of the heart” (Hebrews 4:12).

One might argue that the word of God cannot function on its own, but rather requires someone somewhere to communicate it. While this is normally the case from personal conversation to preaching to writing to broadcasting, we need to realize that the power of justice in God’s ways as communicated through these methods is far more dependent on God than we may think. It is God who uses people to communicate his word, and it is God who makes his communicated word effective.

Let me illustrate with a true story. I had been thinking and praying about this concept, when a young family friend posted online an experience she had. I share it with her permission:

Late this evening I was busing home, and I was very tired. So tired in fact, that I fell asleep. However, I was woken with a start when someone tapped on my shoulder to ask me about abortion. She had noticed the pro-life shirt I was wearing. She said “I’m pro-choice. Always have been and always will be. And you can’t change my mind.” I replied, “Guess what? I am also pro-choice, but not when it comes to taking the life of an innocent human being.” She then went on to say that she didn’t think that they were human until the point of birth. So we talked about when human life begins, and she finally agreed that they were human from conception. But she still said, “What if the mother can’t afford to keep the child? Wouldn’t it be better for her to just have an abortion in that case?” I replied “What if the mother of a toddler lost her job and could no longer afford to raise the child, would it then be ok for her to kill the toddler?” The woman right away shook her head and said, “No.” Then a light dawned on her and she said, “I never thought of it that way before. You’re right, killing a pre-born child is no different than killing a born child. Thank you so much for taking the time to explain all of this to me.”

Our friend was sleeping when the ways of God provoked the other person to wake her up, resulting in repentance. The other party was in collusion with death and destruction. God’s word, which appeared to be just lying there doing nothing was actually living and active as it pierced the heart of that up-till-then confused soul.

Mishpat, justice, is a living force, given to the world as a gift of God through the revelation of Scripture. And as it is living and active, there’s nothing you can do to stop it. Perhaps it’s time to embrace it.