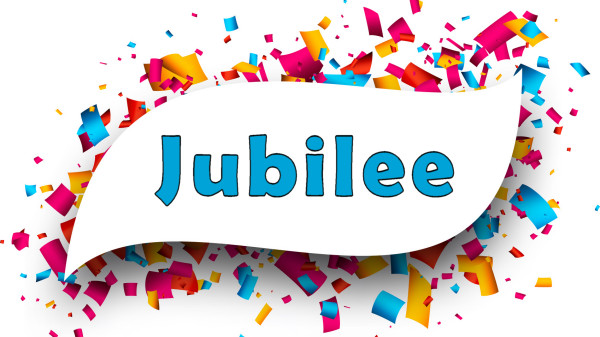 I love the way the Torah confronts conventional thinking. Far from being irrelevant or outdated, the Bible addresses many of the same issues we face in our own day. Yet how it deals with these issues is so very different from the dictates of popular thinking.

This week’s Torah portion is a great example of this. God commanded that every fifty years was to be a Jubilee year. At that time, everyone among the people of Israel was to return to his ancestral property. If anyone had sold their land to someone else or lost it due to debt, they would get it back. God says, “The land shall not be sold in perpetuity, for the land is mine. For you are strangers and sojourners with me” (Vayikra/Leviticus 25:23).

What a different way of looking at property! First, in ancient Israeli society, no one actually owned land; it belonged to God, who allotted portions of the Land to the various tribal groups and specific clans. Because it was his to give, the tribal inheritances could not be lost permanently. As the people went about their daily business, they could lose their land temporarily. After every fifty years, however, the land would revert to the original owners.

In God’s economy, the highs and lows of economic fortune are balanced by the Jubilee. Every fifty years the nation would basically start over. This would have prevented the poor from becoming completely destitute and staying that way from generation to generation.

This reminded the people that what they had was entrusted to them by God, something that every society would do well to realize. We wrongly think that all we have has come to us by our own efforts rather than by God’s blessing.

Another thing the Jubilee teaches us is that when we truly know God, we don’t have to think that our future is dictated by the present. We too can start over. God is a God of restoration. He longs to see his beloved creatures restored to the place he intended for us. Just like he provided a physical inheritance for the clans of Israel, so he has an inheritance for all people. He wants to restore each person to the quality of life he intended before our first parents’ rebellion in the garden of Eden. When Yeshua went public, he read a passage from the prophet Isaiah in the synagogue—words reminiscent of the Jubilee:

The Spirit of the Lord is upon me,
because he has anointed me
to proclaim good news to the poor.
He has sent me to proclaim liberty to the captives
and recovering of sight to the blind,
to set at liberty those who are oppressed,
to proclaim the year of the Lord’s favor. (Luke 4:18–19, quoted from Isaiah 62:1–2)

Through Yeshua, every one of us can experience a Jubilee. No matter how destitute we have become, we can be restored to the kind of life God originally intended for us.

In the Jubilee, for anyone to be restored to their land, they had to get up and go there. No one was forced to return to his God-given inheritance. Each person had to take it upon himself to reacquire what was rightfully his.

It is the same for us today, but how do we do that? Pray and ask God for your rightful inheritance. Then trust him to answer that prayer. It might mean a major change in your life, but you will finally find yourself where you were truly meant to be all along.