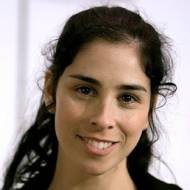 Not long after “#JewishPrivilege” went viral, Jewish Twitter users flipped the hashtag and used it to tell their personal stories about facing anti-Semitism.

After anti-Semitic Twitter accounts began posting tweets on Sunday with the hashtag “JewishPrivilege,” comedian Sarah Silverman and other Jewish social media users pushed back by using the hashtag to share their experiences with Jew-hatred.

Far-right and white supremacist Twitter users posted the hashtag as they tweeted about Holocaust denial, claims of Israel committing genocide and conspiracy theories involving Jewish world domination and control of the media.

The UK-based Campaign Against Antisemitism (CAA) explained, “The idea that Jews are a ‘privileged’ group is a slur designed to deny that anti-Semitism exists and to imply that Jews are a cause of racism towards other minorities.”

The CAA said that when “challenged to take action against the hashtag, Twitter reportedly refused, saying that it did not breach its terms of service, which evidently permit the platform to be used for the dissemination of racist material.”

Not long after “#JewishPrivilege” went viral on Twitter, Jewish Twitter users flipped the hashtag and used it to tell their personal stories about facing anti-Semitism.

My dad getting the shit kicked out of him everyday at school 4 being a kike to kids in NH throwing pennies at me on the bus to pastors in Florida calling for my death and telling their congregation that knocking my teeth out and killing me would be God’s work. #JewishPrivilege

Former 2020 Democratic presidential candidate Marianne Williamson responded to Silverman’s post, saying: “It’s people emailing & tweeting to me that Jews need to be quiet now & that ‘that’s not just a suggestion’ or friends who don’t realize I’m Jewish making it clear how anti-Semitic they are or family members afraid to wear a Star of David in their own neighborhood.#JewishPrivilege.”

“Central Park” star Josh Gad tweeted about the family members his mother lost in the Holocaust.

Guess we’re at the #JewishPrivilege part of 2020 because Neo-Nazis have a social platform. Where to start? Is it the privilege of my mom never getting to meet her grandparents because they were murdered or is it her parents being robbed of their childhoods by being put in camps?

Television producer David Simon, best known as the creator of “The Wire,” wrote: “My #JewishPrivilege? Garden-variety stuff. Eleven dead relatives at Auschwitz and in the Russian woods and a father who was a hostage and suffered PTSD years after the Jewish non-profit where he worked was stormed by angry dudes with guns & scimitars who threatened to behead him.”

Former New York State Assemblyman Dov Hikind — founder of Americans Against Antisemitism — wrote, “I had the #JewishPrivilege of growing up without grandparents, aunts, uncles, and cousins because my parents’ family were nearly entirely wiped out by Hitler.”