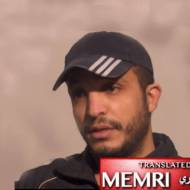 Sayyaf Sharif Daoud says Israel is a democracy in which he has not seen injustice and where Arabs and Jews are treated equally.

In an interview, Daoud says that he joined Islamic State instead of Hamas or any other Palestinian terror group because living through war and the Second Intifada in Israel taught him that Israel “has not done one percent of what [Syrian President] Bashar Al-Assad has done.”

The Second Intifada was a Palestinian terror onslaught against Israel from 2000 to 2005, marked in particular by massive waves of suicide bombings on buses, restaurants and other locations.

The interview with Daoud was translated by the Middle East Media Research Institute (MEMRI).

Daoud explains that despite the conflict, Israel never raped women or brutally killed people, as the Assad regime does. Daoud says that Israel is a democracy in which he has not seen injustice and where Arabs and Jews live together. Arabs are treated equally, he adds.

Daoud also says that his father warned him against joining Hamas and Fatah, and he expresses regret over joining ISIS. He hopes that Israel will take him back so that his life can return to normal.