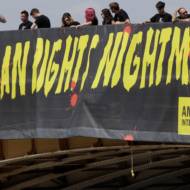 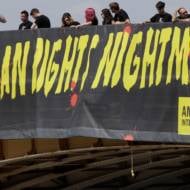 Amnesty International, which has smeared Israel with the false “apartheid” libel, perpetuates within its own institution a racist culture that discriminates against minorities, concluded a new inquiry.

Global HPO’s findings, which were published last Thursday, documented a culture of bullying and “accused Amnesty of failing to embed principals of anti-racism into ‘the DNA’ of the organization,” reported Britain’s Jewish News site.

The conclusions are particularly shocking in light of the organization’s obsession with the world’s only Jewish state, which has included promoting the demonstrably false accusation that Israel is an “apartheid” state.

In reality, all citizens of Israel, regardless of ethnicity, religion, or national background, enjoy equal rights.

Amnesty’s anti-Israel agenda has landed the organization in hot water and led to persistent accusations of antisemitism.

“The human rights organization has been criticized by lawmakers and pro-Israel groups for publishing an antisemitic report in early February accusing Israel of apartheid,” reported JNS at the time. The report was rejected by a number of stakeholders, including the Dutch government.

In March, the director of Amnesty International USA Tom O’Brien said at a Woman’s National Democratic Club lunch that Israel “shouldn’t exist as a Jewish state,” telling comments he unsuccessfully tried later to walk back.

Amnesty International received over $2.5 million in federal U.S. funding in the past two decades.

“[It] has proven itself to be a sham of a ‘human rights’ organization that perpetuates antisemitic propaganda and refuses to hold the world’s dangerous and genocidal regimes accountable, like Communist China, Iran, Russia and Venezuela,” Scott wrote in April.