Ice cream is out, rewarding murderers of Jews is in

Praising the decision of Ben and Jerry’s to halt ice cream sales in the area the company referred to as “occupied Palestinian territory,” PA Prime Minister Muhammad Shtayyeh said the move was “testament that moral values should always prevail.”

When commenting how “moral values” should always prevail, Shtayyeh obviously missed the fact that the body he controls – the Palestinian Authority – literally spends hundreds of millions of shekels/dollars every year paying cash rewards to terrorists, including murderers.

As part of its institutionalized system to reward terrorists, the PA has already paid mass murderers such as Ibrahim Hamed, who murdered 53 people and Abbas Al-Sayid, who murdered 35 people, over half a million dollars, purely as a reward for murdering Jews. In 2020, while begging the world to fund COVID-19 treatment for the Palestinians, the head of the PA-funded PLO Commission of Prisoners’ Affairs, Qadri Abu Bakr, admitted to spending 600 million shekels/US$181 million paying rewards to terrorists. Abu Bakr recently explained that every month the PA pays cash rewards to over 12,000 terrorists. 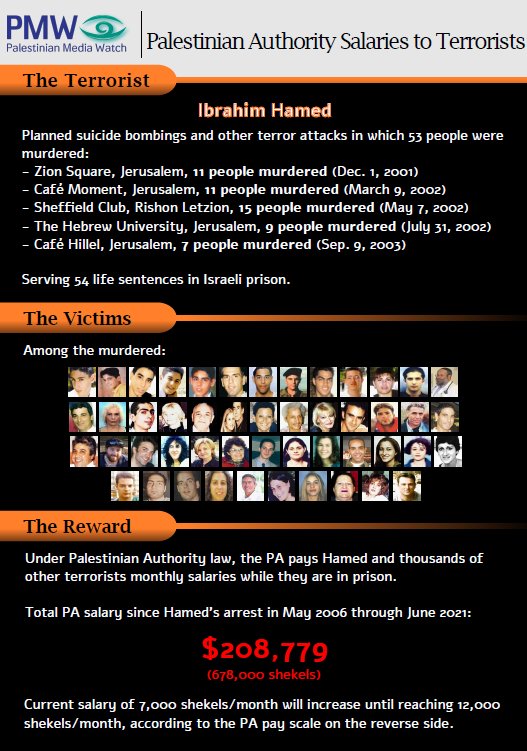 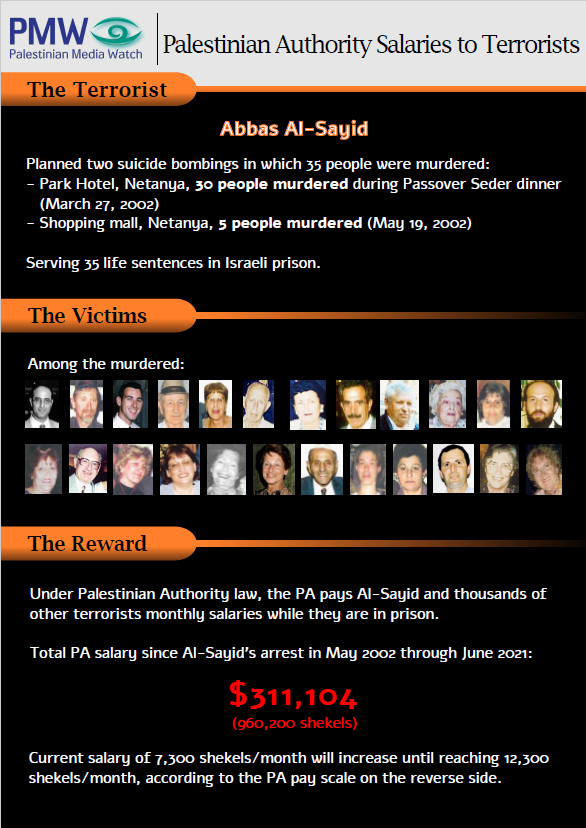 Explaining the company’s  decision, Ben and Jerry’s announced that the sale of ice cream in Judea and Samaria by an Israeli licensee is “inconsistent with our values.”

Ben and Jerry’s decision is a reflection of an unfortunate truism – if one repeats a lie often enough, someone is bound to believe it.

When referring to Judea and Samaria as “occupied Palestinian territory,” Ben and Jerry’s opted to rewrite history, clearly missing an elementary fact – On June 4, 1967, Judea and Samaria was not part of any independent “Palestinian” country, as no such country ever existed. They similarly ignored the fact that the international community actually granted the area, along with the rest of Israel, to the Jewish people.

Similarly, it would appear that Ben and Jerry’s positively chose to ignore the fact that Jews have been resident in Judea and Samaria for over three millennia and that the Palestinian Authority has adopted racist land laws, prohibiting sale of land to any Jews, laws more racist than those adopted by the Apartheid regime of South Africa

While Shtayyeh’s depraved “moral values” allow him to reward murderers, apparently truth and the rejection of terror are not important “values” for Ben and Jerry’s.