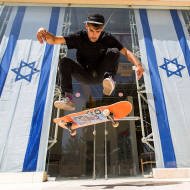 In 1948, the Jews achieved one of the most remarkable and inspiring accomplishments in human history. Take a quick look at Israel today, 68 years later, to know that our little country in an ongoing story of daily miracles!

Yom Ha’atzmaut is the national day of Israel, commemorating the Israeli Declaration of Independence in 1948. It is officially observed on the 5th of Iyar according to the Hebrew calendar, though this date is often adjusted by a day or two in order to ensure that the Yom Ha’atzmaut festivities and the Yom Hazikaron (Memorial Day) commemorations that take place the day before do not interfere with the observance of Shabbat.

Let’ take a step back in time, to the atmosphere just outside of David Ben-Gurion’s home just before the State of Israel was declared.

The Jews of Palestine … were dancing because they were about to realize what was one of the most remarkable and inspiring achievements in human history: A people which had been exiled from its homeland two thousand years before, which had endured countless pogroms, expulsions, and persecutions, but which had refused to relinquish its identity—which had, on the contrary, substantially strengthened that identity; a people which only a few years before had been the victim of mankind’s largest single act of mass murder, killing a third of the world’s Jews, that people was returning home as sovereign citizens in their own independent state. 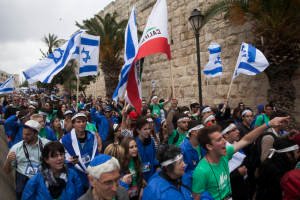 The official ceremony marking the commencement of Yom Ha’atzmaut is held on Mount Herzl in Jerusalem on the evening of Yom Ha’atzmaut. This annual ceremony includes a speech by the speaker of the Knesset, artistic performances, and the ceremonial lighting of twelve torches, one for each of the Tribes of Israel. Every year a dozen Israeli citizens who made a significant social contribution to the state are invited to light these torches. Many cities hold outdoor performances in cities’ squares and parks featuring leading Israeli singers and fireworks displays.

During the day of Yom Ha’atzmaut there is the annual reception of the President of Israel for honoring 120 of the most distinct IDF soldiers. This event takes place in the President’s official residence in Jerusalem. There is also the international Bible contest and the “Israel Prize” ceremony, both of which are held in Jerusalem in the presence of the President and Prime Minister.

An exciting feature of Yom Ha’atzmaut is the Israel Defense Forces opening some of their bases to the public (my kids love climbing on the tanks!). Israeli families celebrate with picnics and barbecues (known in Israeli slang as a mangal). Many home balconies are decorated with Israeli flags, and small flags are attached to car windows. Many people leave these flags up until after “Yom Yerushalayim” – the day when we celebrate the capture and unification of Jerusalem. Israeli radio and television is full of Israel related programming.

Allow me to leave you with some of my favorite “cool facts” of Israel: 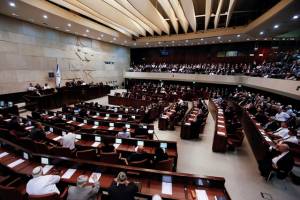 Israel is the only country in the Middle East that based its principles of government on both democratic liberal values and on the values of the Biblical prophets.

Israel is the largest immigrant-absorbing nation on earth.

Israel has the world’s second highest per capita rate of published books.

Israel is the only country in the world that entered the 21st century with a net gain in its number of trees.

Israel has more museums per capita than any country.

Israel has the highest per capita rate of home computers in the world. 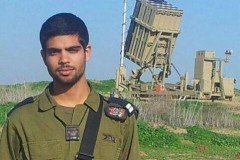 Israel has the highest ratio of university degrees in the world.

Israel is second in the world in the number of start-up companies behind only the U.S.

Israel has the world’s largest per capita number of biotech start-ups.

Israel leads the world in the number of scientists and technicians in the workforce.

Israel is a world leader in water renewal, recycling, desalination, and solar heating.

Israel invented the drip irrigation system used around the world.

Israel’s Given Imaging developed the first ingestible video camera, so small it fits inside a pill that can view the small intestine from the inside to detect for cancer and digestive disorders.