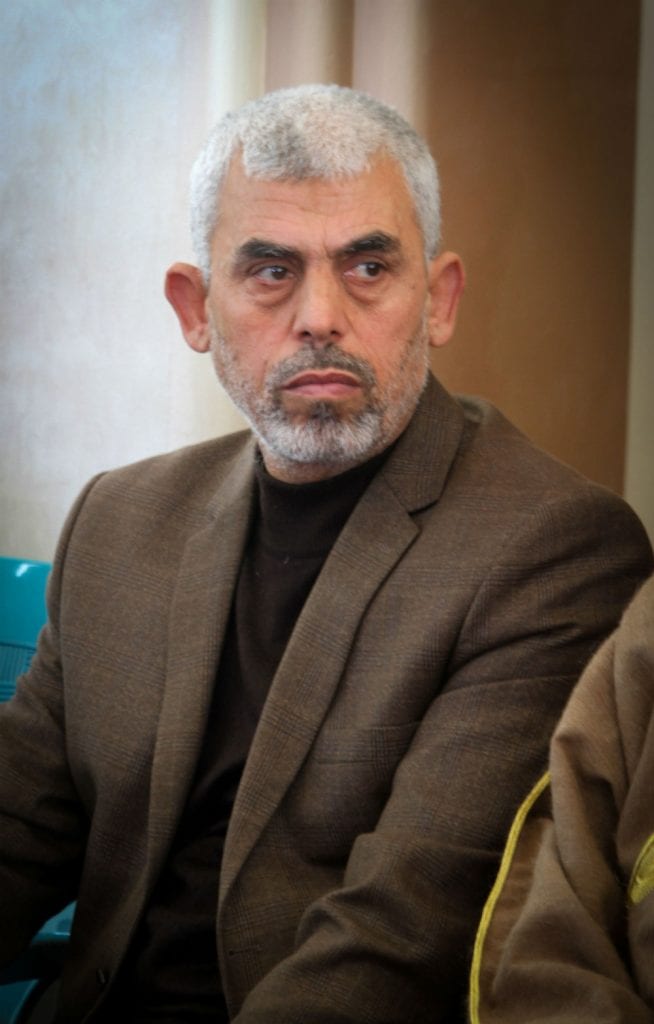 Yahya Sinwar, the leader of Hamas in Gaza, threatened even more violence than was seen in the recent conflict should Israel continue to “violate al Aqsa (the site of the Jewish Temples in Jerusalem).”

“What has happened is but a drill for what will come if Israel violates the Al-Aqsa Mosque,”  Sinwar said in an address to his people on Wednesday. “The occupation (Israel) must know — Al-Aqsa has men who will defend it.”

He claimed there are “10,000 suicide bombers in Israel” willing to respond to any Israeli “violations.”

Sinwar also discussed his hopes for the future and his relations with Israel.

“The greatest gift Israel can give me is to assassinate me,” he said. “I prefer to die a martyr from an F-16 than to die of coronavirus or [another] disease.”

In an interview with AP, Sinwar said that the IDF succeeded in killing 80 terrorists; 57 from Hamas, 22 from Islamic Jihad, and one from the Popular Resistance Committees.

The IDF claims that it conducted some 570 airstrikes in the operation dubbed Guardians of the Walls which succeeded in killing  225 terrorists, many of them senior officers in the rocket and anti-tank missile corps. Most of these can be confirmed on the terrorist websites which proudly display these casualties with names and photos as shahid (martyrs). The Hamas-run Gaza Health Ministry reported that 232 people were killed in Gaza, including 61 children and 36 women,  and more than 1,600 injured. Hamas uses civilians as human shields and most of the civilian casualties in Gaza were due to Hamas rocket shortfalls which accounted for as much as one-third of the more than 4,000 rockets fired at Israeli cities. More Gazan casualties occurred as a result of  the collapse of tunnels dug under civilian buildings. The data provided by the Gaza Health Ministry is suspect and during Operation Protective Edge in 2014, Hamas issued guidelines to Palestinians in Gaza to call anyone killed a “civilian,” regardless of whether they were actually a fighter.

In a separate speech Wednesday, Sinwar vowed not to touch “a single cent” of international aid to rebuild Gaza. Sinwar promised a “transparent and impartial” distribution of aid.

Sinwar’s statement is highly suspect. Just this week, Hamas released a video showing the al-Qassam Brigades (Hamas’ military wing) digging up water pipes in Gaza and using them to manufacture rockets to be fired at Israeli cities.

Hamas is the duly-elected ruling body in Gaza but appropriates most of the humanitarian foreign aid for terrorism. Despite the ongoing humanitarian crisis in Gaza, Hamas allocates 55% of its budget to fund its military needs and its share in the rehabilitation of Gaza is less than 5% of the total investment. Hamas imposes heavy taxes on all goods, including those purchased with foreign aid money. In 2009, the UN was forced to stop aid shipments to Gaza after it was discovered that Hamas had been seizing hundreds of tons of food and other aid. In one such incident, Hamas stole 200 tons of rice and 100 tons of flour, while in another, 3,500 blankets and over 400 food packages were taken at gunpoint from a distribution center. Of seven million liters of fuel purchased, only 65% made it to the power station, while the other 35% was sold by Hamas. There have been numerous cases against Palestinians employed by foreign aid programs diverting money to Hamas.