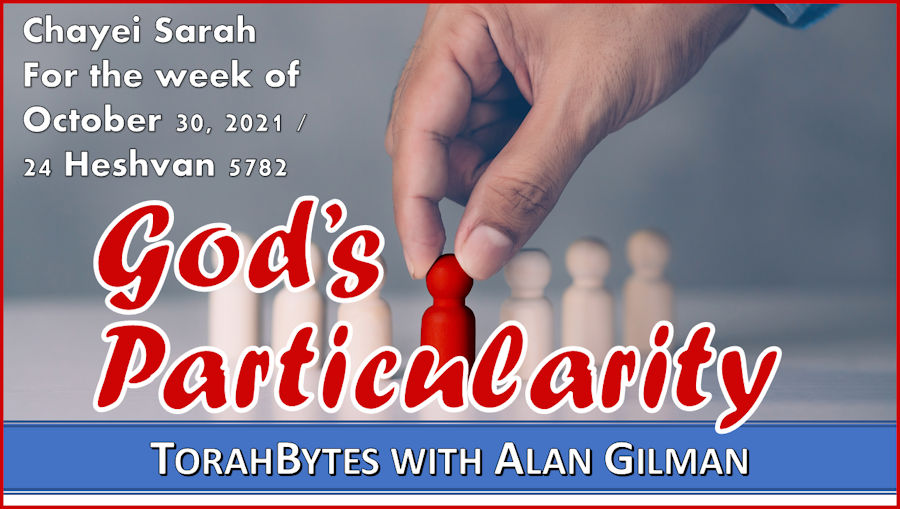 Abraham gave all he had to Isaac. (Bereshit/Genesis 25:5)

Abraham lived about thirty-eight more years after Sarah died. During that time, he married a woman named Keturah and had several more children through her. This shows that Abraham and Sarah’s inability to have children was due to something to do with Sarah. This was already evident by Abraham’s first son Ishmael whom he had through Hagar, Sarah’s servant, at Sarah’s behest.

That Abraham didn’t have a fertility issue seems to contradict Paul’s statement in the New Covenant Writings, where he writes, “He [Abraham] did not weaken in faith when he considered his own body, which was as good as dead (since he was about a hundred years old), or when he considered the barrenness of Sarah’s womb” (Romans 4:19). This is saying, however, that Abraham reasonably understood himself and Sarah as beyond the age of having children. That the issue all along appears to have been with Sarah is besides the point. As a couple who couldn’t have children, Abraham trusted in God to overcome their infertility in order to fulfill his promise to them.

Abraham accepted God’s particularity regarding his plans and purposes. We see this demonstrated through the dispersion of his inheritance. Abraham and Keturah had six sons. It appears that he also had other children through various concubines (I don’t know if I will ever get used to the idea of concubines in the ancient biblical world). While he provided for all his sons while he was alive, his inheritance went to Isaac alone (see Bereshit/Genesis 25:1-6).

Perhaps you might think this is unfair, but Abraham was following God’s lead. After the birth of Ishmael, God determined that the one to carry on the promise was to be the child born to barren Sarah as we read in Bereshit/Genesis 17:18-19: And Abraham said to God, “Oh that Ishmael might live before you!” God said, “No, but Sarah your wife shall bear you a son, and you shall call his name Isaac. I will establish my covenant with him as an everlasting covenant for his offspring after him.

The inheritance given to Isaac was not mainly about money or livestock, etc. It was the legacy of the promise of blessing unto the nations (see Bereshit/Genesis 12:3). In God’s providence, he deemed that he would develop through Isaac alone a particular people through whom he would reveal himself to the world and by whom the Messiah and Savior would come.

God’s particularity is a core part of God’s creation design. He made a world where things work in a particular way. To ignore the set principles of the universe is to invite unnecessary trouble. Discovering those principles is not a simple matter. But when the Creator God reveals his truth or gives a direction, we are well-advised to follow his lead.

The particularity of Isaac may seem unfair, but God knows what he is doing. What set Abraham apart is that he was willing to do life God’s way. Careful adherence to God’s direction is the only way to lasting blessing. Abraham’s life models God-inspired effective living for us all.

We might think it is unfair that things work the way they do rather than the way we want them to. Some insist that anything but giving people identical opportunities along with guaranteed outcomes is unfair. Perhaps it is unfair. While we must do what we can to enact justice, protecting the vulnerable and providing for the needy, God made a world of diversity. Humans possess a great variety of strengths, weaknesses, and abilities. Surely some inequality is due to injustice and sin, yet to attempt to create absolute equality at every level undermines the great variety that God instilled into his creation.

A key aspect of that variety is God’s particularity in the development of his rescue operation in and through the people of Israel and as fulfilled in the Messiah. It is humbling to accept that some things are just the way they are. Abraham was wise to accept that. We would be too.