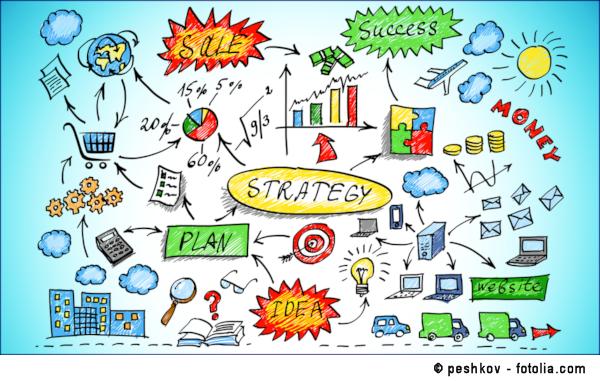 But the LORD God called to the man and said to him, “Where are you?” And he said, “I heard the sound of you in the garden, and I was afraid, because I was naked, and I hid myself.” He said, “Who told you that you were naked? Have you eaten of the tree of which I commanded you not to eat?” (Bereshit/Genesis 3:9-11)

I have the impression that there is a misconception as to our first parents’ moral state at the time of their temptation. It’s actually a misconception we have about the creation in general. I hear people speak of that time of history as being perfect. That not only was life the way it should be at the time, there was no need for further development at all. I agree it was the way it should be, because God created it as such and pronounced it as “very good” (Bereshit/Genesis 1:31). But it should be obvious from the scriptural text that further development was essential to God’s plan. The creation of Planet Earth was not an end, but a beginning – a beginning of a vast development project to be supervised by human beings under the direction of God.

To describe the creation in general or Adam and Eve in particular as perfect confuses our understanding of the necessary development of life on earth, including that of the human family. Adam and Eve were created with particular capabilities given to them by God. But there is no reason to assume that those capabilities were functioning to their full potential from the moment of consciousness. Like their offspring to be, they had much to learn. What that learning would have been like had they not succumbed to the serpent’s deception, we don’t know.

So if we understand “perfect” as fully developed and functioning according to a thing’s potential – something we call “maturity” – Adam and Eve were not perfect, at least not yet. What they were was innocent, but they were also naïve. I used to think that the statement, “And the man and his wife were both naked and were not ashamed” (Bereshit/Genesis 2:25), meant that they were in a state of great moral purity along the line of the kind of perfection I was referring to. But this doesn’t seem to be the case. The reason why they were not ashamed of their nakedness was that they didn’t know they were naked. This is evident by what happened after they ate the forbidden fruit: “Then the eyes of both were opened, and they knew that they were naked. And they sewed fig leaves together and made themselves loincloths” (Bereshit/Genesis 3:7).

It is also the awareness of nakedness that caused them to try to hide from God. God’s response to this was to confront them with the question, “Who told you that you were naked?” God’s will for them at this point in their development didn’t include this aspect of self-awareness. As I mentioned, we’ll never know God’s original human development plan because they undermined it so early on. But might have lessons in self-awareness, sexuality, gender differences, and so on been on God’s agenda for them? We might assume so, since such things are addressed in God’s subsequence teaching through Moses and the rest of Scripture.

Sometimes people speak of God’s future restoration of the creation as a return to the Garden of Eden. Certainly there are aspects of that initial goodness and innocence that are essential to the age to come. However, there is no sense in Scripture that we are destined to return to the simplicity and naivety of those early days. The Scriptures anticipate a city, not a garden. We read of throngs of people and kings of nations worshipping the God of Israel (see Revelation 21-22). Might something similar have been God’s development plan all along? Again, we don’t know for sure, but certainly it was not to remain as it was.

While Adam and Eve’s sin is unique in that it brought God’s curse upon all of creation until the time of the full restoration when Yeshua returns, there is a something about their temptation experience that is practically relevant to us today. In fact, properly dealing with this dynamic is key to living truly godly lives. Even though unlike our first parents we carry from birth the burden of the curse upon us, we continually face the same sort of decision that they did that day. Throughout our lives, moment by moment, we hear as they did the Evil One contradicting the voice of God. Though his Word and by his Spirit, God seeks to direct us in the path of life. At the same time, the Evil One tries to convince us that God doesn’t really have our best interests in mind. He relentlessly seeks to make us think that it is preferable to assess life’s opportunities based on our own perceptions rather than God’s. Every time we do that, we head further down a destructive path.

But it doesn’t have to be that way. Through the Messiah, we can be part of God’s development plan again. By trusting in Yeshua’s death and resurrection, we need not repeat our first parents’ grave mistake. By his grace he gives us all we need to resist temptation and fulfill his instructions until we become perfected in him in every way.