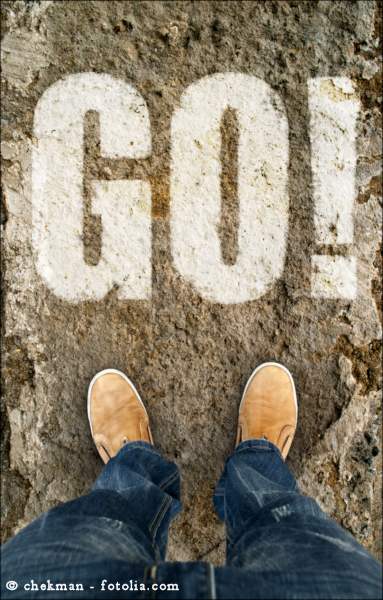 The LORD said to Moses, “Why do you cry to me? Tell the people of Israel to go forward.” (Shemot/Exodus 14:15)

This week’s message is not for everyone. I guess that’s always true, but there’s something about this one in particular that probably should be ignored altogether if it doesn’t apply to you. But if it does, you don’t want to miss it! So, here we go…

The people of Israel were between a rock and a hard place, metaphorically speaking. They were actually between an impassible body of water and the Egyptian army keen on dragging them back to Egypt. An interesting interchange ensues between Moses and God. Well, actually, it’s not an interchange. The people freak out, thinking that they are about to be slaughtered, Moses reassures them, but then God tells Moses what to do, contradicting him in the process. Let’s look at this more closely.

Moses said to the people: “Fear not, stand firm, and see the salvation of the LORD, which he will work for you today. For the Egyptians whom you see today, you shall never see again. The LORD will fight for you, and you have only to be silent” (Shemot/Exodus 14:13-14). Based on everything Moses knew about God up to that moment – his character, his power, and his methodology – this sounds so right. Moses knew how fundamentally incorrect the people’s freak-out was. God didn’t bring them to this point only to abandon them now. Moses knew that he was leading them to Sinai and on to the Promised Land. So this couldn’t be the end. How God would rescue them he didn’t know, but after all that had happened with the ten plagues and a reasonable analysis of the situation, Moses assumed that all Israel had to do was to do nothing, except stand. God would take care of the situation all by himself.

But with all due respect to Moses, he was wrong. They were not just to stand there; they were to “go forward.” I know Moses was also told: “Lift up your staff, and stretch out your hand over the sea and divide it, that the people of Israel may go through the sea on dry ground” (Shemot/Exodus 14:16), but the people were not to wait for the sea to part first, but rather begin to march toward the sea.

God was calling the people to readjust their orientation to the situation. He had called them to journey in a certain direction, which required getting to the other side of the water. But instead they were frozen by their fears. They needed to refocus and get with God’s program again.

Note that God was not calling them into the water before it parted. He might call people to do that from time to time, but not in this case. They simply had to move in its direction. He also didn’t order them to turn around and confront the enemy nipping at their heels. The day would come when Israel would engage in battle, but not now. In this situation they had to go forward.

I remember a situation I was in where I was called to go forward. It was nothing as drastic as what the Israelites were facing here, but for me at the time the dynamic was similar. I was at a large leaders’ conference, a pretty intense time of seeking God for wisdom and blessing. I was privileged to be part of the core group tasked with discerning the direction for the various meetings. I was new to such things and probably a little too excited about it all. In one of the core group meetings, I felt a real burden over something, but once I finally had a chance to speak out, I got the impression (right or wrong) that I was really out of line. I felt absolutely terrible and embarrassed. I went to my room, not wanting to show my face in public again (I am being only a little overdramatic!). As I called out to the Lord in my fear and confusion, I had the clear sense that I needed to go forward. That meant joining the others to face whatever might happen, whatever others might think of me, whatever reprimand I might receive, whatever. I had no guaranty of how God would deal with the scary elements ahead of me. I simply had to face them. And as I did, nothing I feared came to pass. My sea had parted.

Some of you reading this need to go forward. You need to walk right towards the very thing that you think will be your complete undoing. But as you do, God will enable you to walk right through it as if it is not really there, just like the Israelites walked through on dry ground. Perhaps he will even obliterate the threat at your back at the same time, just like the Egyptians who drowned when the waters receded.

But as I mentioned at the start, this is only for those for whom it is for. God may have a different tactic for you to follow. Maybe you are to stand, to fight, or something else. Only don’t be surprised if God is telling you to go forward.