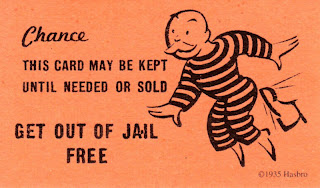 “GET OUT!” – G-d makes it very clear to Avram that only through self-imposed exile can he attain his ultimate spiritual potential.

Parashat Lekh Lekha, unlike our first two portions in Genesis, emphasizes this convergence between G-d and creation. According to the Lubavitcher Rebbe, the Torah thus far can be summarized as: Breishit describes the works of G-d; Noach describes the efforts of humanity; and Lekh Lekha describes the cooperation between humanity (Avraham) and G-d.

The opening phrase of our Torah portion, “Lekh Lekha” is usually translated “Go forth.” However, it can also be translated as “Go into yourself.” In this case, G-d is not just asking Avram to leave a physical place, G-d is asking him to delve into, and thereby, leave himself and enter into a covenant – a special relationship between himself and HaShem.

With a little help from the Lubavitcher Rebbe, the opening phrase can be further broken down into these personal applications:

However, the secret to finding our true identities requires sacrificing ourselves and our own comforts and finding ourselves in relation to G-d. “Going forth” requires abandoning those things which hold us back, and pressing on to that which lies ahead.

The primary jewel we can glean from Lekh Lekha is faith. Like Avram, we may not always be able to grasp G-d’s desires for us. We may even doubt, just as Avram did when G-d repeatedly promised he would have many offspring. However, in the end Avram believed. No matter his doubts, he had faith that G-d would indeed fulfill His promises.

“And [Avram] believed in HaShem, and it was accounted to him as righteousness.” (Genesis 15:6)

By faith, G-d revealed to Avraham the mysteries of heaven, blessed him and his family, and led him into the Promised Land. The author of Hebrews further emphasizes:

“Without faith, it is impossible to please G-d, for whoever approaches Him must believe that He exists and that He rewards those who seek Him.” (Hebrews 11:6)