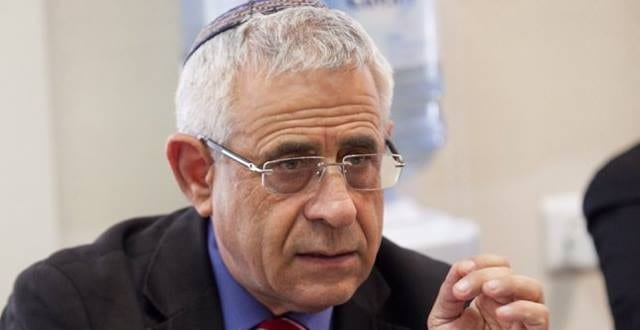 Several Arab media have been calling for a rejection of the Abraham Accord that establishes normalized relations between the United Arab Emirates and Israel. Ironically, they base this on a report put out by Terrestrial Jerusalem, an Israel-based but foreign-funded left-wing NGO that claims to be working towards peace but calls for “Muslim sovereignty”, a phrase one expert understands as shorthand for an Islamic state.

Al Jazeera reported on Monday on the Abraham Accord, claiming the as-yet unpublicized agreement threatens the status quo on the Temple Mount. The article stated that the status quo only permits Muslims to pray at the site, noting that Prime Minister Netanyahu said as much in a statement published in 2015.

The article stated that this Muslim exclusivity was contradicted in the US State Department’s statement describing the accords:

“As set forth in the Vision for Peace, all Muslims who come in peace may visit and pray at the Al Aqsa Mosque, and Jerusalem’s other holy sites should remain open for peaceful worshipers of all faiths.”

It should be noted that this multi-faith vision of the Temple Mount was also expressed in Trump’s Middle East “Peace to Prosperity” plan which stated:

“People of every faith should be permitted to pray on the Temple Mount/Haram al-Sharif, in a manner that is fully respectful to their religion, taking into account the times of each religion’s prayers and holidays, as well as other religious factors.”

Al Jazeera cited a report by Terrestrial Jerusalem as saying the Abraham Accord marks a “radical change in the status quo” and has “far-reaching and potentially explosive ramifications”.

Terrestrial Jerusalem is an Israel-based NGO. On its website it describes its purpose:

“To identify and track the full spectrum of developments in Jerusalem that could impact either the political process or permanent status options, destabilize the city or spark violence, or create humanitarian crises.”

NGO Monitor, an NGO watchdog site, states otherwise, saying the organization “promotes a one-sided approach to the conflict, placing sole blame for the failure of the peace process on Israel.”

NGO Monitor also notes that the organization received two-thirds of its funding from foreign governmental bodies including the United Kingdom, Norway, France, Sweden, and Switzerland. Additional funding came from the New Israel Fund, a mega-NGO that promotes the demonization of Israel.

The report by Terrestrial Jerusalem defines the status quo:

“There is no universally accepted definition of the status quo on the Temple Mount, and it is open to a number of differing views,” Terrestrial Jerusalem reported. “The closest one that can come to a broad and widely accepted interpretation is this: the Temple Mount is a Muslim place of worship, open to the dignified and respectful visits of non-Muslims, in a manner coordinated with the Waqf and compatible with the customary decorum on the site.”

The report goes on to claim that the Abraham Accord violates the status quo’s provision for Muslim exclusivity of prayer. The Status Quo is, in fact, an understanding among religious communities with respect to nine shared religious sites in Jerusalem and Bethlehem based on a firman (decree) of Ottoman sultan Osman III in 1757 that preserved the division of ownership and responsibilities of various Christian holy places.

Dr. Mordechai Kedar, a senior lecturer in the Department of Arabic at Bar-Ilan University, suggested that a return to the Ottoman status quo would be welcome by Jews.

“During the Ottoman Empire, there were periods when Jews not only prayed on the Temple Mount, but the Jews were permitted to burn incense to be burned on the rock inside the Dome of the Rock where the Holy of Holies once stood,” Dr. Kedar said. “This was because it was based on Islamic sources. This should have been the status quo.”

Dr. Kedar noted that this conclusion concerning how the Abraham Accord affects Muslim and Jewish prayer was presumptuous.

“International agreements are necessarily written very carefully with every word being carefully considered,” Dr. Kedar said. “It may not open the way for Jewish prayer on the Temple Mount. But the issue is a hot-button for Muslims.”

The Terrestrial Jerusalem report goes on to take issue with the accord’s provision for Muslim prayer at Al-Aqsa Mosque.

“Israel defines Al Aqsa as the structure of the mosque, as does the wording of the Statement, whereas Muslims define Al Aqsa as the entire esplanade of Haram al Sharif/the Temple Mount,” the report states. “Consequently, according to Israel (and apparently to the United States), anything on the Mount that is not the structure of the mosque is defined as ‘one of Jerusalem’s other holy sites’, and open to prayer by all – including Jews. Accordingly, Jews may now be permitted to pray on the Temple Mount, just not in the mosque.”

It should be noted that soon after the announcement of the agreement,  the Mufti of Jerusalem, Sheikh Muhammad Hussein, issued a fatwa (religious proclamation) declaring that Muslim citizens of the UAE will not be permitted to pray at al-Aqsa Mosque on the Temple Mount in Jerusalem.

In point of fact, Al-Aqsa is the name of the mosque on the southern end of the Temple Mount, called Haram esh-Sharif (the Noble Sanctuary) in Arabic.

“All throughout the Ottoman Empire and the Jordanian occupation of Jerusalem, Al Aqsa always and only referred to the grey domed mosque,” Dr. Kedar explained. “Cartography reflects politics. This is recorded on every map of the location ever made which identifies Al Aqsa as the mosque. The Temple Mount is labeled Mount Moriah because, before 1967, Jordan had no problem identifying the site with its Biblical origins.”

“This changed in 1967 when Rabbi Goren announced his intention to build a small synagogue in the northeast corner of the Temple Mount. The Waqf immediately objected, claiming that this was part of Al Aqsa. This was to incite the entire Arab world against the Jews praying on the Temple Mount.”

The paper by Terrestrial Jerusalem went on to condemn the Abraham Accord in relation to the Temple Mount.

“Furthermore, by omitting any mention of the waqf and its autonomous role as the agent of Jordanian custodianship, the Muslim claims to Haram al-Sharif/Al Aqsa are being transformed from one of proprietorship to that of ‘welcome guest’ with the right to visit and pray at Al Aqsa,” the report noted.

The report went on to threaten that an erosion of the status quo establishing Muslim exclusivity and “sovereignty”, even insofar as creating a “shared Muslim-Jewish site” like the Cave of the Patriarchs in Hebron, would result in regional violence. It recalls the intifada that allegedly began as a result of Ariel Sharon’s visit to the site in 2000.

“When the UAE accepted such a clause, it agrees and gives the green-light for Israeli sovereignty over Al-Aqsa Mosque,” Zabarqa said. “It’s a clear and massive violation for the international and legal status quo of Al-Aqsa Mosque [conceived] after the occupation of Jerusalem in 1967, which says everything inside the walls is under Jordanian custody.”

For the outside observer, this approach seems incongruous as Israel conquered the Temple Mount in the defensive 1967 Six-Day War and was officially incorporated into Israel in 1980.

“What is Muslim sovereignty?” Dr. Kedar said. “There is no Muslim state. The last Islamic state was ISIS. But this is certainly consistent with Al Jazeera which is the mouthpiece for the Muslim Brotherhood. They support all the Islamists in the world including Iran.”