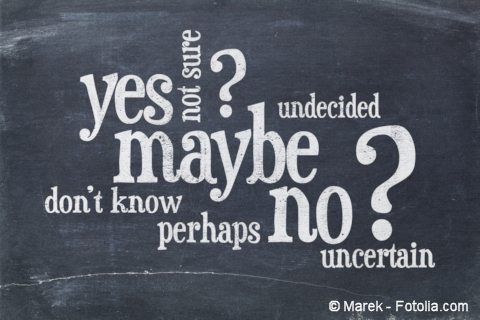 And Elijah came near to all the people and said, “How long will you go limping between two different opinions? If the LORD is God, follow him; but if Baal, then follow him.” And the people did not answer him a word. (1 Melachim/1 Kings 18:21)

This week’s Haftarah (selection from the Prophets) was likely chosen because of the Torah’s reference to the sin of the golden calf when Israel became impatient waiting for Moses to return from meeting with God on Mt. Sinai. While he was in the presence of God receiving revelation for the nation, they were worshiping cow statues in God’s name.

The idolatrous situation in Elijah’s day was different. While there may have been elements of syncretism (the blending of true and false spiritualities) as in the earlier episode, the latter situation was one in which the people flipped flopped from faith in the Lord to Baal and back again as they desired. In this case, there was no confusion as to the identity of these two deities (or supposed deity as in the case of Baal) or the requirements each demanded. When and why one or the other would be approached would have depended upon the particular needs of the person at the given time.

Elijah challenged the people to stop flip-flopping. Note that he didn’t appeal to culture, preferences, or benefits. He didn’t even use the appeal most common in Scripture, that of the Lord’s deliverance from Egypt. Instead, he urged them to follow the one who is truly God. He left no room for syncretism. It was either one or the other, not both. The people’s reaction at the end of the story, after seeing which of the two responded in power, agrees with Elijah’s exclusive view of God. Only one divine being can be supreme, and therefore, only one God should be served. Whatever the other represented, real or not, had no claim on the people’s loyalty.

Israel had been experiencing a drought for three years ever since Elijah said it would be so. Since the Lord didn’t send the rain (or was blamed for holding it back), Baal, the storm god, was their next best choice for help. The people’s silence in the face of Elijah’s challenge exposes their uncertainty. That a god of power existed they had no doubt. But who was the true and only God? Of that they were so unsure, they didn’t know what to say. Their inability to discern spiritual truth had left them shifting back and forth between allegiances.

The difficulty in relating a story like this to our day is that we don’t tend to give our false gods personal names, such as Baal. But just because we don’t have personal names for education, money, technology, health, religion, sex, power, and fame doesn’t mean we don’t flip flop back and forth between relying on these lesser powers and the only true God. These and other areas of life are tools, not gods. But when we serve them instead of the Master of the Universe, we become enslaved to them. Then when we try to retain a right relationship to the Master of the Universe we become more and more confused, not knowing what to say when we are confronted on our duplicity.

The only way to stop flip-flopping is to stop. We need to remember that every aspect of life is under God’s rule. Whatever your need is, whatever your situation, the God of Elijah, the Father of our Messiah Yeshua is supreme. Don’t give yourself to lesser powers anymore, but rather submit to the one and only God. Don’t let impatience drive you to give yourself over to lesser powers. He will come through for you in time.